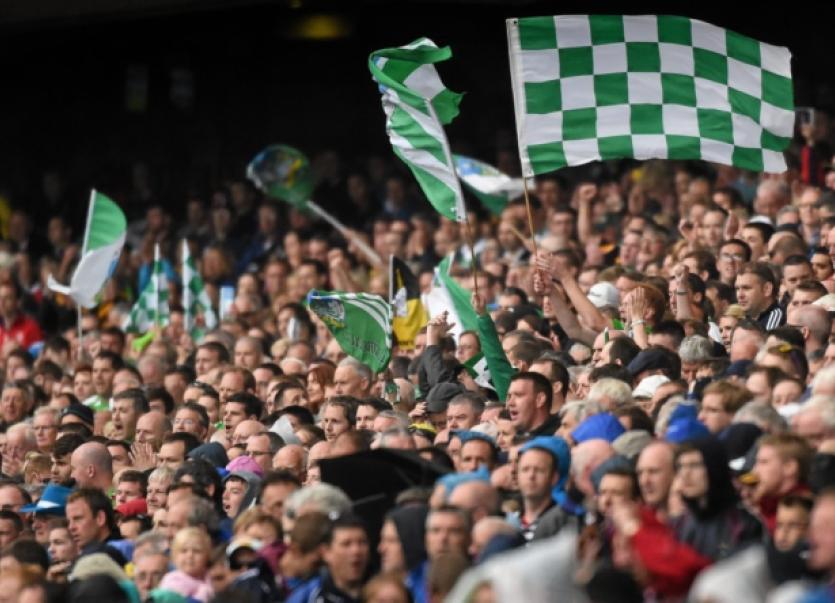 GAA Officials in Croke Park have confirmed the inter-county senior hurling and football fixtires for 2015.

GAA Officials in Croke Park have confirmed the inter-county senior hurling and football fixtires for 2015.

The confirmation shows that TJ Ryan’s Limerick senior hurlers will be in Munster championship on Sunday May 24 when they play Clare.

John Brudair’s senior footballers will be in championship action the following weekend on either the Saturday or Sunday and again against Clare.

In the league, the hurlers will again play in Division 1B, while the footballers are in Division 3.

The hurlers will play three of their five encounters at home - in the Gaelic Grounds against Waterford and Offaly and in Kilmallock against Laois. They will face trips away to Antrim and Wexford.

The Wexford fixture will be a double-header on March 8.

That will be one of four away games out of seven for the footballers. They will be at home to Armagh in the Gaelic Grounds and Sligo and Clare in Newcastle West. They face trips away to Tipperary, Wexford, Fermanagh and Louth.

NFL Round 2 - Tipperary v Limerick in Semple Stadium Thurles at 2.00

NHL Round 1 - Limerick v Waterford in the Gaelic Grounds at 7.00

NHL Round 2 - Antrim v Limerick in Ballycastle at 2.00

NFL Round 3 - Limerick v Armagh in the Gaelic Grounds at 2.00

NHL Round 4 - Limerick v Offaly in the Gaelic Grounds at 7.00

NFL Round 5 - Fermanagh v Limerick in Brewster Park, Enniskillen at 2.00