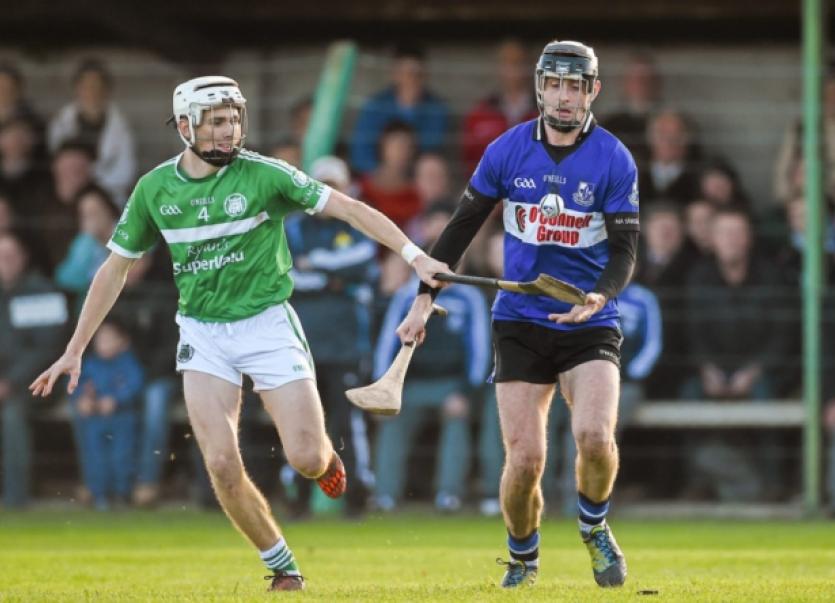 THE Munster Council have moved to ensure that there is no Munster club final fixture clash for south neighbours Kilmallock and Bruff.

THE Munster Council have moved to ensure that there is no Munster club final fixture clash for south neighbours Kilmallock and Bruff.

After semi-final wins for the duo last Sunday both were scheduled to play provincial finals on Sunday November 23.

However it appears that the clash has been avoided.

This Tuesday night it was confirmed that the Munster club SHC final between Kilmallock and Clare’s Cratloe will take place on Sunday November 23 at 2.00 in Limerick’s Gaelic Grounds.

And, it is understood that the Munster club IHC between Bruff and Waterford’s is to be brought forward 24-hours to Saturday November 22 in Mallow. Confirmation is expected this Thursday afternoon with a final decision to be taken between a 2.00 start or a floodlit fixture in the evening.

Kilmallock and Cratloe were instructed that there would be a toss for ‘home’ venue for the senior club final - the coin toss took place on Tuesday evening with Kilmallock ‘winning’ to ensure the Gaelic Grounds as venue.

The November 23 decider will be the third time in four years that the province’s showpiece club final will be contested by the champions of Limerick and Clare.

Thurles hosted the 2011 final between Na Piarsaigh and Crusheen amid much supporters unrest about the unnecessary travel.

A new regulation was introduced in the aftermath of that championship meaning that Munster Council officials can now instruct competing teams to toss for a home venue within their county but not their own grounds. As a result Na Piarsaigh and Sixmilebridge had to toss this time last year and the final took place in Ennis.

Ahead of the final the bookies make Cratloe 4/5 favourites, with Kilmallock at 5/4.

“I’ve gone to see them this year, they beat my own club, Clarecastle. They are a serious outfit. I’m a great admirer of Cratloe hurling and football and the next game could be an epic too, two good hurling teams meeting each other. They are going to be so hard to beat. That said, the one thing I will say about our lads is we’re not going to lie down, we’ll give it everything,” said Kilmallock manager O’Loughlin.

Another sub-plot along the sideline will be that Limerick senior football physical trainer Mike Kiely fills a similar role with Cratloe.

Kiely will be able to add a unique perspective to the Cratloe preparations as he played against Kilmallock with Ballybrown in the Limerick SHC.