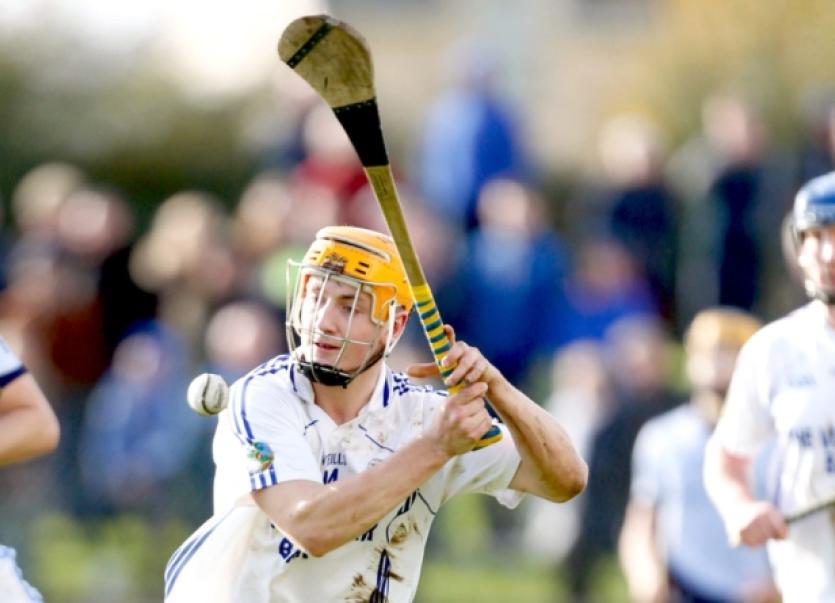 However, standing in their way of becoming the fourth Limerick team in a row to reach the junior decider are Waterford champions, Modeligo.

However, manager Mick Downey knows that it is a tough test they face on Sunday at 2.00.

“They (Modeligo) are a good side. They drew with Ballysaggart last year and they got to the All-Ireland final,” Downey said.

In the aftermath of their county final triumph over Na Piarsaigh, Downey is adamant that all focus is on the provincial campaign.

“We will have a good night tonight, but it’s ice baths in the morning,” he said after Feohanagh’s 11 point victory in Bruff.

“Look, we’ll take it one game at a time. It would be great to get to the Munster final,” he added.

During the county final victory last Sunday, it was clear that the vast majority of the crowd were supporting the west Limerick men - something that did not go unnoticed by the manager.

“Feohanagh have great supporters,” he said. “My phone has been hopping since Friday with good luck texts and phone calls.”

This support will be crucial if the west Limerick men are to make the most of home advantage in this provincial semi-final.

Munster Council officials visited Coolyroe the week of the county final and gave the pitch the all-clear, weather permitting, to host the game. Should the pitch be unplayable, Newcastle West will be on standby.

Feohanagh-Castlemahon have experience of playing Munster championship in Coolyroe after their footballers played there in a provincial semi-final last year.

That day, Castlemahon defeated Coolmeen of Clare by five points, 0-16 to 1-8.

Failure to emulate the success of that day won’t be from want of trying.

“We have had 80 hurling training sessions, and that’s before you take the football one’s,” Downey revealed.

“Out of those, there are 10 lads who have been at 74 or more sessions so these lads deserve to be here,” he added.

Feohanagh-Castlemahon put up a big score (0-20) in the county final replay and will look to post a similar total on Sunday.

However, to get past Modeligo, they will need the whole team to be on form.