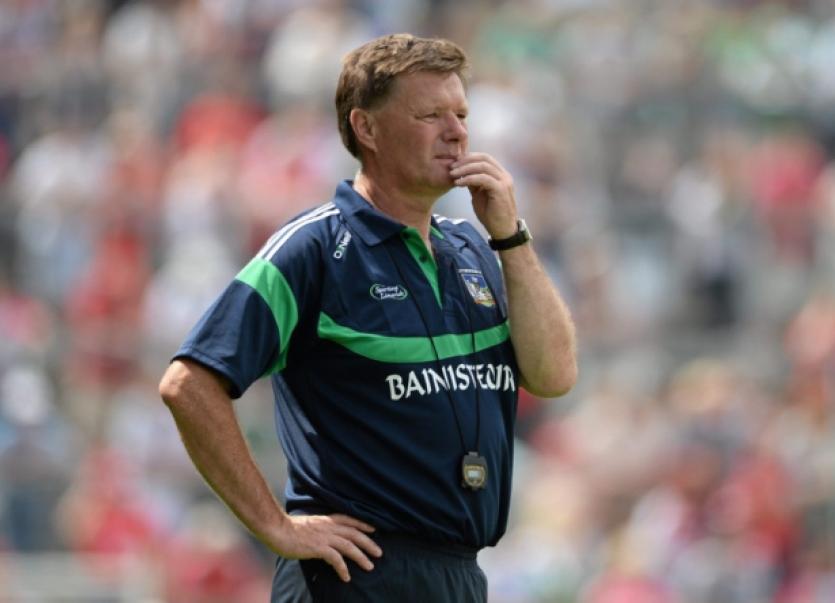 Confident because he knows that absolutely everything possible has been completed as part of their preparations.

And, not just in the last number of weeks but over the course of the two years of his tenure as Limerick minor hurling manager.

“We firmly believe that we are a better team than Kilkenny,” says Ryan, who adds that performance is key.

“It’s a good place to be - a lot of work has gone into this all year and we are delighted to be in this position,” he said of a first All-Ireland final appearance since 2005.

The journey to Sunday has not been straight forward.

“It’s been difficult with Tipperary, Cork, Waterford after a replay and then Galway the last day - it doesn’t get any more difficult and if we are to get the ultimate success on September 7 what a smashing way to win an All Ireland title when you have beaten all the big guns.”

Already his young charges have gone a step further than last season with constant progress a barometer of the hard work of all.

“From a management point of view we want to ensure they reach the heights they reached in Croke Park on a more continuous basis, albeit the opposition of Galway wasn’t as good as we expected,” he recalled of the semi-final.

“I think they were very comfortable in that environment (Croke Park), which is nice to see - they weren’t in awe of the environment and there is absolutely no doubt the trip around there last year for the players was important.”

The Croke Park factor is massive according to the manager.

“If you look to the last time I was involved with the minors in 2005, seven of those went on and played senior hurling for Limerick and there is no doubt because they played in Croke Park and on big days gave them the confidence to drive on as distinct from other good minor teams, who were beaten in Munster quarter-finals or semi-finals and didn’t get the necessary confidence as an underage hurler to drive on.”

Time after time, Ryan refers to his key mantra ‘development’.

“We have an open policy with regard to player development. We don’t have a team picked since April - it is evolving every day we go out. Its a fairly competitive environment. We have tweaked a few areas and we think that has worked. I said since day one that we were a team that was evolving as we went along. You had a lot of players coming out of a fairly rough campaign in Harty Cup colleges hurling and it took them some time to find their form after those campaigns and then you had younger players who were developing over the Summer.”

He continued to explain: “part of our policy of player development is that we would take a good number of younger fellas of next year’s panel to gain from the experience and that was the policy last year when we had 18 17-year olds on the panel, they served their time and unfortunately not all of them have made it but its the bedrock which to build on. I have been very open in that the panel remains open and we will have a blend of 18 and 17 year olds or 16 year olds and of course there is a huge difference between a young lads of 17 in November and eight months later he has physically matured quiet a bit”.

Indeed of the current panel of 34 about 14/15 will be underage again next year.

“These are tough calls for management,” said Ryan as he paused.

“It’s difficult to tell an 18 year old you have not made the panel. They are not easy decision but we can either take the easy route and be beaten in the first round of the Munster championship or we can take a more difficult route with the hope of some way getting success.”

In a vastly experienced Limerick set-up Ryan has selectors in Eamonn Cregan and Steve McDonogh. On top of that are coaches/trainers Jerry Wallace, Aonghus O’Brien and Andy Murphy.

“Management must be open to changes in young fellas lives - they are not adults they are young lads and we have allowed them the opportunity to grow and evolve and develop over the year and I think that has paid dividends. What’s the remarkable is that once the exams are over, you are seeing a different young fellas and we feel we are showing better form as the year goes on, which is a good way to be.”

But Ryan explains that credit is due to many.

“We are just in charge of the minor team but there are their school teachers at primary school level and secondary level, who would have developed in that area and club coaches. There is a huge satisfaction for a lot of people to see them reach an All Ireland final. We are the people on the day our the ones who have had them for the last 12 or 18 months, but I think collectively there is an awful lot of credit due to a lot of people,” said Ryan.