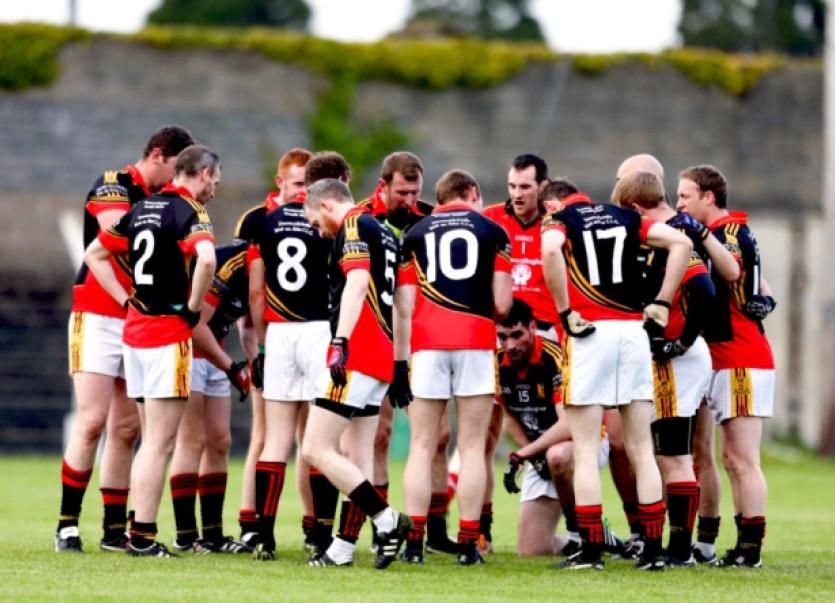 THE pairings for the knockout stages of the Limerick senior football championship will be confirmed this weekend.

THE pairings for the knockout stages of the Limerick senior football championship will be confirmed this weekend.

All six final round games are down for decision in the group stages of the competition.

By late Saturday evening the quarter-final pairings and the relegation final fixture will be known.

Another two teams will have advanced direclty to the semi-finals, while for another four teams the season will be over.

The two quarter-finals are scheduled to take place on the weekend of September 20, with the semi-finals down for the following weekend.

The county senior football final is on the fixture list for Sunday Ovtober 12.

In the Bog Garden

This is a real winner takes all contest.

Newcastle West know that a win will guarantee them a place in the knockout stages, while Ballysteen must win and then await to see what happens elsewhere with a potential for a three way tie.

The magpies have won three in a row since losing the opening round to Fr Caseys but consistency remains the problem.

Ballysteen are just as hot and cold with their last round victory over Adare, their most impressive winning margin.

A win for St Kierans can actually see them top the group and move to the semi-finals.

Strangly defeat could see them drop out of contention altogether.

But much will depend on happenings in the Rathkeale.

But the Abbeyfeale men will want to keep their faith in their own hands and win and thus St Kierans will hope Newcastle West beat Ballysteen.

This game will mean just as much as the other two games in the group but for the opposite reasons with the losing side dropping into the relegation play-off.

Neither have a win to-date but Adare have come closest.

They will be alarmed at how they faded so badly in the last round against Ballysteen, while Galbally stayed with Fr Caseys for a period.

The champions are assured of a quarter-final spot but will hope to win and hold-out for perhaps a late semi-final surge.

But they face a Pallasgreen side that know regardless of the result that they will face either Adare or Galbally in the relegation play-off.

But Pallas just can’t find sufficient scores this year and shouldn’t be able to dent the champions confidence.

Undefeated Ballylanders can see themsleves pipped for a semi-final spot if they lose and therefore both have plenty to play for, even if they will advance regardless.

Both have been among the sides to sparkle in 2014 and this final round tie should provide another key indicator of their potential for the weeks ahead.

The only game with nothing on offer. Neither can qualify or be dragged into relegation trouble.