Steve McDonogh: ‘We have to deliver’ 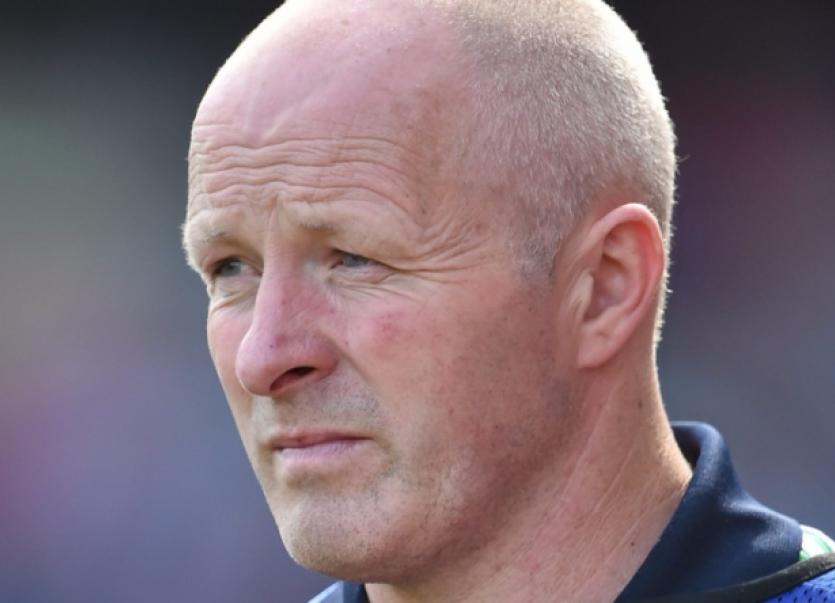 STEVE McDonogh was a supporter as Limerick ended a 29 year wait for a Munster minor crown last July.

STEVE McDonogh was a supporter as Limerick ended a 29 year wait for a Munster minor crown last July.

Then in October the call came to fill the void left in the management team by the work-forced departure of selector Paul Finn.

“I am enjoying it but it can be difficult at times,” he said with a smile.

“You can have all the experience you want but on the day when you are looking out into a green field and things mightened be going right you have to remain focused and cool - little things change games. You could make a switch one day and it may work or it may not work.,” he explained.

McDonogh made the No2 jersey his own with the Limerick seniors from 1994 to 2003 - playing 28 times in senior championship hurling.

“I would always have said from my own days playing that nothing beats playing - playing is the creme de la creme of everything. To be involved with any Limerick team is fantastic - I was lucky enough to play it for a while and I feel privileged to be involved at any level,” outlined the Bruree man.

McDonogh admits that his eyes were opened when he joined up with the Limerick minor set-up last Autumn and witnessed the work of the underage academy teams first hand.

“It’s unbelievable now - the one thing that I was taken aback by was the level of professionalism. It’s the way it is gone now. All the teams now that we have played there is huge effort going into it. We are at it since last October with hard mornings in November, December, January when there were wet, cold mornings - the professionalism is brilliant and great to be part of,” he said.

It’s a professionalism that brings pressure though, pressure they want.

“That’s the pressure that we put on ourselves now at underage level - we need to keep moving it on all the time. The hard work is only starting as far as I am concerned. You can’t take your foot off the pedal at any stage because complacency is not an issue,”

As a player, McDonogh was beaten in two All-Ireland hurling finals and it’s not a place he wishes to return to.

“We are in a results based business - at the end of the day, its winner takes all. All the matches we have played until now won’t mean anything unless we win it - we have to deliver and it’s as simple as that,” he said.

“From speaking to the lads when I came in, in October or November, they were anxious to get back up to Croke Park and perform there. Thankfully they did the last day against Galway but look at what is waiting for us now, it’s an All-Ireland final. The biggest day of the GAA calendar - we are on the undercard to the main game, where millions of people watch it,” he said excitedly.

“Look there is a huge test ahead, a massive test. It’s all about performing on the day - if we could take one thing it is that we play the match rather than the occasion if that’s possible. I know its difficult to do that but we are going in nice and low key. They are focused and grounded - in the dressing room after the Galway game there was no cartwheels or no one jumping up and down, we all know that we were where we wanted to be.”

He added: “There won’t be much talk about what we have achieved up until now if we don’t win the All-Ireland”.

Limerick have beaten, Tipperary, Cork, Galway and reigning All-Ireland champions Waterford but yet the biggest test lies ahead.

“We are going in well tested and that’s the way you want to be,” he starts.

“We have had some really really tough games - we are just delighted to be where we are. It’s a fantastic to be going to Croke Park on All Ireland final day.”

He continued: “This is a different game again - Kilkenny are the reigning colleges champions. We played them in a challenge game down in Martinstown in March and they are a very very good team, a big physical team. We have seen them against Waterford and Brian (Ryan) has seen them a couple of times. It’s a huge test - a massive, massive test and one that we are looking forward to”.

“Ok we won a couple of games but to win this would be great - it would be great but we have to closet any thoughts of winning it and only get up there and get the lads to perform. If they go up and perform to their capabilities I think we will be hard to beat,” he said confidently.

He recalls his own minor career as “horrible” but there is an All-Ireland minor hurling medal in his family - his late father John McDonogh.

“The last time that the minor All Ireland was won in Croke Park my dad was corner back and that was in 1958,” recalled Steve.