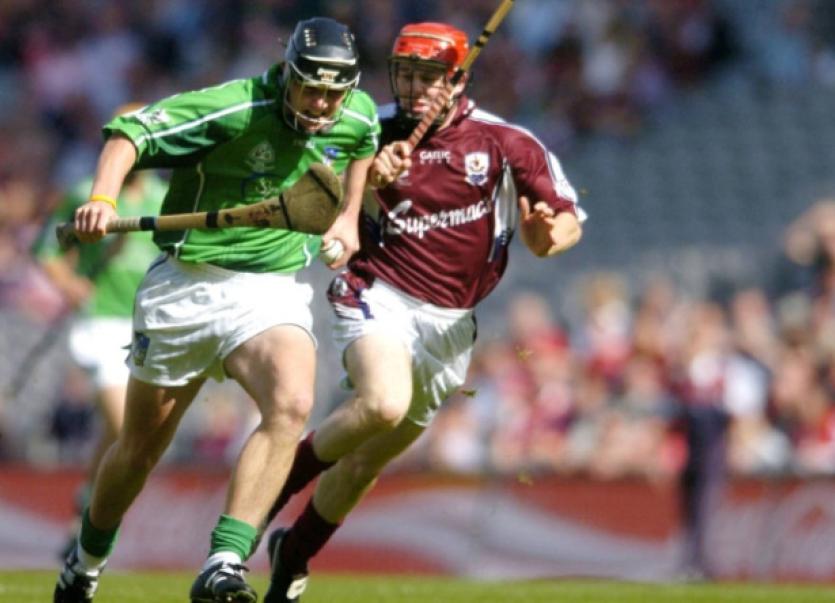 TWO years ago Limerick were crowned All-Ireland U-16 hurling champions and thus the journey started to the 2014 All-Ireland minor final appearance.

TWO years ago Limerick were crowned All-Ireland U-16 hurling champions and thus the journey started to the 2014 All-Ireland minor final appearance.

Sunday’s clash with Kilkenny will be Limerick’s first time contesting for the Irish Press Cup since the 2005 final loss to Galway.

Just like this year the first buds of growth were spotted at U-16 level.

Blackrock’s David Moloney was centre back on that Limerick minor hurling team.

“A lot of us in 2005 team had hurled together for the South-East side that won the Munster U-16 inter-divisional so we had a lot of continuity. That side and Limerick were coached by Declan Fitzgerald and that helped as well,” recalled Moloney.

“I remember the City-East team were only beaten at the semi-final stage so we had a strong panel to select from.”

Kilmallock’s Eoin Ryan led the Limerick scoring threat from full forward. He also acknowledged the role of Fitzgerald, the Buttevant native who is currently teaching in Castletroy College and coaching the Cork U-15 side.

“Bar Paddy Kelly, Declan was one of the best that I have worked with - he left nothing to chace and was very passionate,” recalled Ryan.

Fitzgerald was coach to that Limerick minor side, which was managed by Na Piarsaigh’s Timmy O’Connor. The selectors were Mick Heelan (Kilmallock), Ger Sheehan (Cappamore) and Peter Curtin (Newcastle West).

That Limerick journey started in Kilmallock with a victory over Tipperary.

For all, bringing the clash to the south Limerick venue was vital.

“I can remember going up to the field in the morning and I don’t think I have ever seen it as good,” said Ryan with pride in his local Fitzgerald Park.

“Afterwards I can remember Tipperary people saying that they would never again come to Kilmallock,” joked Moloney.

“I don’t think they were expecting the intensity we played with,” he recalled.

The win over the Premier side booked a Munster final spot against Cork.

“For the Munster final we had to go to Cork to play Cork and we felt that was like Tipp coming to Kilmallock but even on a bigger scale. That day we felt we don’t do ourselves justice and we were very fortunate we had the All-Ireland series. We under performed in the Munster final there is no doubt - I think we were a little over awed,” said Moloney of the 2-18 to 1-12 defeat to The Rebels in Pairc Ui Chaoimh.

Eoin Ryan recalls the lost as “a trimming”.

“I have no doubt that the occasion got to us,” said Ryan, who is now a full-time Limerick GAA coach.

But Limerick regrouped and beat Antrim and Leinster champions Dublin in the quarter-final and semi-final respectively.

Both Ryan and Moloney recall a lucky escape against Antrim in Parnell Park.

“Antrim should have beaten us - I remember a heavy fog came down and saved us,” smiled Ryan.

“Maybe we were a little bit complacent but we had to battle for that win - I think it was Micheal Ryan that got the score that settled us to the win,” explained Moloney.

Limerick then beat a fancied Dublin in Nowlan Park in the semi-final, while Galway knocked out Munster champions Cork in the other semi-final.

“When you get to a final, winning is everything,” he sighed.

“The All-Ireland final was similar to the Cork game, we just never really kicked on. We probably focused too much on the occasion and we never really got the half chance that we needed to get a break through.”

Galway started on top but Limerick found the last five points of the half to tie up the contest at half time, 1-7 to 0-10.

But the Tribesmen hit more second half goals to surge 3-9 to 0-14 ahead with 10-minutes to play.

Back again came Timmy O’Connor men but they never found the necessary goal.

“It was really the first year of Joe Canning - it was all Joe this and Joe that before the final,” recalled Ryan of the Galway star.

“You try to put it to the back of your mind but maybe we were a little over awed. In the first five to 10-minutes we were caught. We just weren’t ready for the cauldron atmosphere and Galway had Mattie Murphy as manager and they had an air of familiarity about them. I remember trying to get instructions to the wing backs John Kelly and Gavin O’Mahony and they couldn’t even hear me and they were only 20-30 yards away and I was screaming,” he explained.

For the duo the defeat is the lingering memory, albeit amid some mixed emotions.

“Its an unbelievable feeling to play in an All-Ireland final - I can still remember coming out onto the Croke Park and even though it was only the minors there was a sea of green. It’s a credit to the Limerick supporters, they are always willing to follow. It’s every lads dream to play in Croke Park in an All-Ireland final but of course it’s tinged with remorse with the result,” said Moloney.

“At home a few years ago for Christmas I got a frame with the jersey, some pics and the medal - but it’s not the same when it’s not a winning medal. I actually can only remember a few bits of the final - the one thing that I can remember is when Galway captain Andrew Keary was accepting the cup he commiserated with Tipperary!”

“We had a good strong panel - there really was a lot of the players that went on to play senior and still backbone the team - it’s amazing how many came through from one panel,” siad Moloney.

“An awful lot progressed to play U-21 over the next three years but we never won a Munster or All-Ireland title. I think even last year you could see the appetite of some of those players in the Munster final last year.