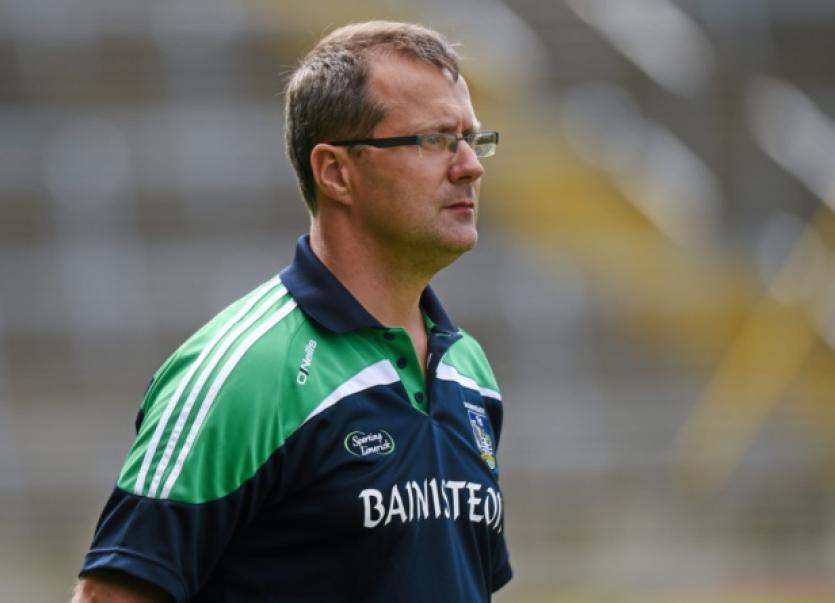 LIMERICK manager John Brudair feels that his side made life difficult for themselves in the qualifier win over London.

LIMERICK manager John Brudair feels that his side made life difficult for themselves in the qualifier win over London.

His Shannonsiders opened up a 0-8 to 0-1 lead and then gave London a route back into the tie and had to battle to the final whistle for the three point win.

“We made hard work of that. We had ourselves in a good position with about five minutes to go to half time and looked like we were in total control but just lost it for a few minutes before half time and maybe gave them encouragement to keep going in the second half,” recalled Brudair.

“They got a few handy scores and then came out in the second half and really tore at us for a five minute period, scoring 1-2 or 1-3 on the trot - we had a lot of unforced errors in that period and gave the ball away,” said the Limerick boss.

“Once we settled down again I felt we were in control of the game and for the last 15-minutes we were the ones more likely to get the scores.”

But Brudair accepted it was nervy from Limerick.

“If we had lost we would have been crucified - we always knew that is was going to be dodgy,” he said.

He added: “Last year they got to a Connacht final and we had to give them credit”.

“What’s great for our lads is that there are seven or eight lads that have experience a championship win for the first time at any level with Limerick football - the likes of Danny Neville and those had never won an underage game.”

But Brudair is aware his side need consistency.

“It’s a huge concern because we had that game choked in the first half when 0-8 to 0-1 up. If we just kept it simple for the last five minutes before half time they would have gone in totally flat and it would have been a comfortable game for us. In the end we had to battle the whole way, which in itself may not be a bad thing for the team because we needed a good outing after the Tipperary game,” he outlined.

In two championship outings Limerick have now used 24-players with a remarkable ten making their championship debuts - eight as starters.

“That’s the nature of this year - we have a 50% of a new panel so its going to tally up that a lot of new fellas will get opportunities and whats good is that the experienced lads like John Galvin, Stephen Lucey, Mark O’Riordan and Pa Ranahan all say the right things to them.”