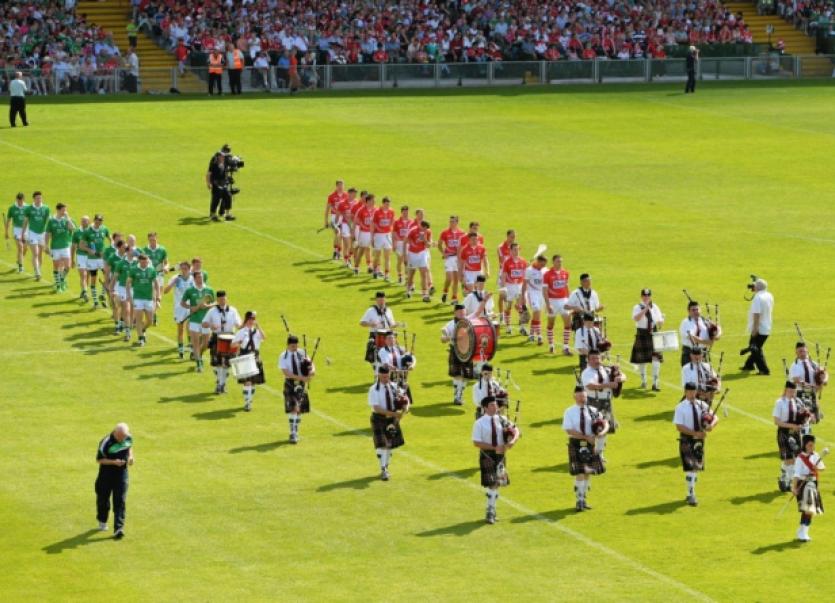 THE ticket scramble is underway for Limerick hurling fans after confirmation that Paric Ui Chaoimh is to host the Munster SHC final.

THE ticket scramble is underway for Limerick hurling fans after confirmation that Paric Ui Chaoimh is to host the Munster SHC final.

A Munster Council meeting this Tuesday night confirmed the Leeside venue will host the July 13 decider between Limerick and Cork.

While Pairc Ui Chaoimh was always due to host the final as part of the Limerick and Cork home and away agreement, concerns had been raised about the capacity and therefore a health and safety audie was carried out last week.

It is understood that the maximum capacity for the eagerly awaited rematch of last Summer’s final will be 37,500.

But that is on condition that remedial works are carried out on the aging stadium in the coming two weeks.

Only the completition of these works will ensure the final 5,000 of the capacity is available.

But the capacity of 37,500 is still 5,000 less than attended last year’s final in the Gaelic Grounds.

Is is understood that Limerick GAA can expect to receive an initial allocation of roughly 10,000 between stand and terrace.

There will also be a limited number of tickets available to purchase from Centra and SuperValu outlets and on www.gaa.ie but when these tickets are available is unknown and will most likely not be on sale until after the minor final pairing is confirmed in the coming days.

It is thought that Limerick brought almost 15,000 supporters to the Munster semi-final win over Tipperary in Thurles.

Limerick GAA don’t expect that they will be in a position to have any public sale of tickets with all their allocation being distributed to the clubs of the county.

The Munster SHC final will have a 4.00 start and will be televised live on RTE television.