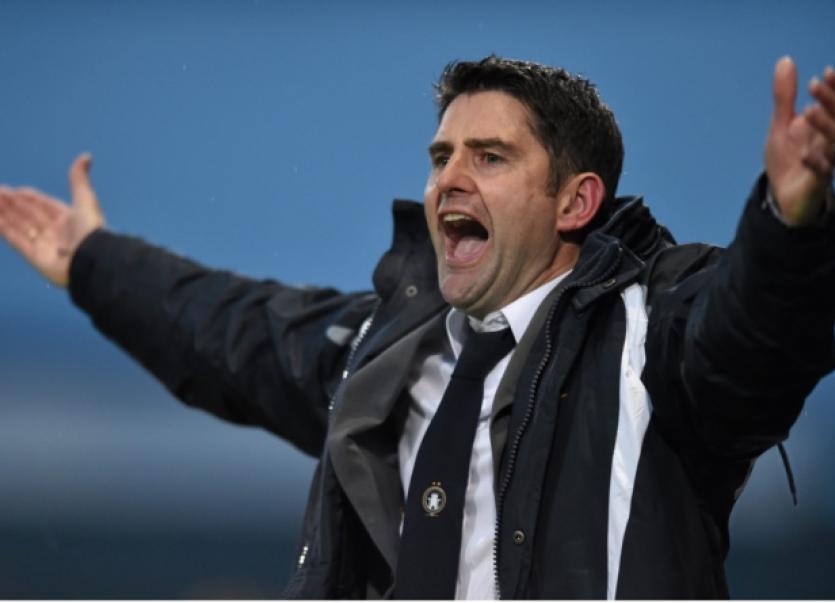 LIMERICK FC manager, Stuart Taylor admits his charges will aim to make amends for their disappointing home defeat to Cork City last month when the Munster rivals renew rivalry in the Premier Division at Turners Cross on Friday night, 7.45pm.

LIMERICK FC manager, Stuart Taylor admits his charges will aim to make amends for their disappointing home defeat to Cork City last month when the Munster rivals renew rivalry in the Premier Division at Turners Cross on Friday night, 7.45pm.

Sixth-placed Limerick renew their league programme following the mid-season break with a difficult trip to Leeside to face title-chasing City.

When the sides met in the SSE Airtricity League Premier Division at Thomond Park in May, a sluggish first half display which saw the Blues concede two goals proved the home side’s undoing in a hugely frustrating 2-1 defeat.

Limerick FC will travel South in confident mood this Friday as Taylor’s charges boast a three-game winning run in the top flight.

And boss Taylor says his side won’t lack for motivation ahead of their Munster derby clash.

“We are back in at the deep end. It’s a massive game for us. It’s a derby game as we all know and one where we are all looking to amends for the last time we went and played them,” Stuart Taylor said.

“We are looking forward to it. The boys have had a good week off. We are nearly over some of the injuries we have had - although we have a few who are still struggling a little bit - but the boys are well rest up.

“The boys did two good hard sessions over the day on Sunday. They did another go session on Monday and had Tuesday off to recover and rest the legs for Friday’s game. I looked back on the analysis of our game with Cork in May and they scored their two goals from our mistakes. We cut those out in the second half and it was very good from our point of view. There is pressure on Cork to get a result. We are expecting, maybe, a full house down there. They will have a good backing behind them being a derby. We will use that to our advantage.

“We will take the atmosphere out of the game and soak it up, make sure we are the dominant team in terms of possession and the ball, not giving them any encouragement.

“It is a very good surface down there where we can go and pass the ball. We are looking forward to that. “

Taylor said Limerick would be looking to bolster their striking options when the transfer window opens shortly but believes the side already boasts a very strong defensive line-up.