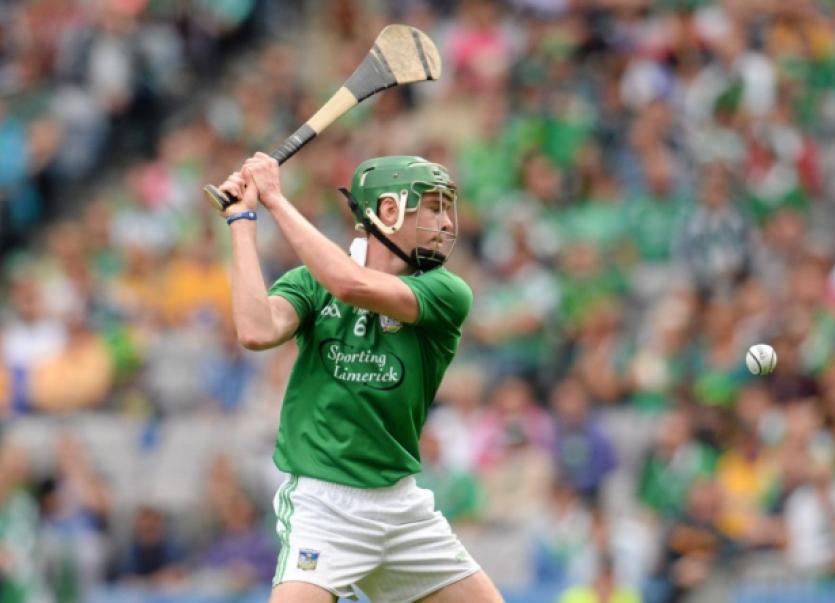 LIMERICK put their Munster minor hurling crown on the line this Thursday evening.

LIMERICK put their Munster minor hurling crown on the line this Thursday evening.

Cork stand between Limerick and back to back Munster final appearances. The sides met in the Munster MHC semi-final at 7.30 in the Gaelic Grounds.

While Limerick have never retained the U-18 hurling championship there were successive final appearances in 1988 and 1989.

With the seniors already confirmed for Munster final day on July 13 a win on Thursday would see Limerick once again doubly represented next month - just like last Summer.

But for Limerick minor manager Brian Ryan his side are just focused on opponents Cork this Thursday.

“These are young lads and they don’t get caught up in all that - they are focused on just the game,” Ryan told LeaderSport this Wednesday.

Ryan and his selectors Steve McDonogh, Eamonn Cregan and Jerry Wallace have picked a team that shows four changes from the side that beat Tipperary in the previous round.

Midfielder Cian O’Brien has been ruled out of the remainder of Limerick’s Munster minor hurling championship title defence. The Mungret man has sustained cruciate ligament damage and will be out for the rest of 2014. His absence of one of the changes.

O’Loughlin is named at full back in place of Darragh Fanning. Grimes and Colin Ryan form a new-look midfield partnership. In attack Fitzgerald and Casey are both newcomers to the full forward line.

Dropping to the bench are Fanning, Edward Doyle and Robbie Hanley, who is carrying a slight knock.

Cork manager Denis Ring and his selectors have opted to make three changes following the quarter-final victory over Kerry - Ollie Dempsey, Darren Casey and Shane Kingston come into the side in place of Eddie Gunning, Tomás O’Connor and Mark Dolan.

While Cork only had that one-sided win over Kerry, Limerick had to battle past Tipperary.

weeks since that Limerick victory over Tipperary in the provincial quarter-final.

The manager said that challenge games against the inter-county minor sides of Laois and Wexford and club senior outfits Loughrea (Galway) and Broadford (Clare) have helped preparations.

“We have had a host of in-house games that have been really competitive as well,” outlined Ryan.

“We had 11 of our panel doing the Leaving Certificate and that is difficult but in fairness to the players they are very mature about it.”

The manager feels that the challenge games and training have helped to evolve the team line-up.

“Injuries aside I think we are a balanced team. We have evolved and hopefully will get a chance to evolve further doing the coming months. The summer is the time to evolve. We have brought in some new faces into the extended panel since the Tipperary game and that is the way we work - always looking to update,” outlined Ryan, who led Limerick to a first Munster minor crown since 1984 last July.

“This is a huge game - if you win you are in action for the Summer but if you lose you are out. This is winner takes all,” he stressed, referencing the fact that were Limerick to progress to the Munster final that they would be at least guaranteed an All Ireland quarter-final place.

While his Limerick team are favourites to retain the title, Ryan is under no illusions that Cork will come to the Gaelic Grounds to win.

“We have done our homework. We have seen some of their challenge games and have seen their players in colleges games. At this level all teams are very well prepared so we know that we have to be at our best.”

“At this level, a lot depends on the performance of key individuals on the day.”

The manager is hoping that the experience of his players can stand to them.

“It’s a good place for us to be. I think if you look at our panel there are over 40 championship games between all the players and of course there is some success in that.”

“This is a super place to be for Limerick. The seniors have led the way and now we hope to follow them into the Munster final.”

Limerick are currently the 6/4 favourites to retain their Munster crown and are the 3/1 joint-favourites, with Kilkenny, to win All-Ireland honours next September in Croke Park.

Munster champions Limerick are hoping to reach the decider against Clare or Waterford on the 30th anniversary of the last All-Ireland minor crown won by Limerick.

Entry on Thursday is €10 for adults while all U-16s will be admitted free to the Gaelic Grounds for the semi-final clash.