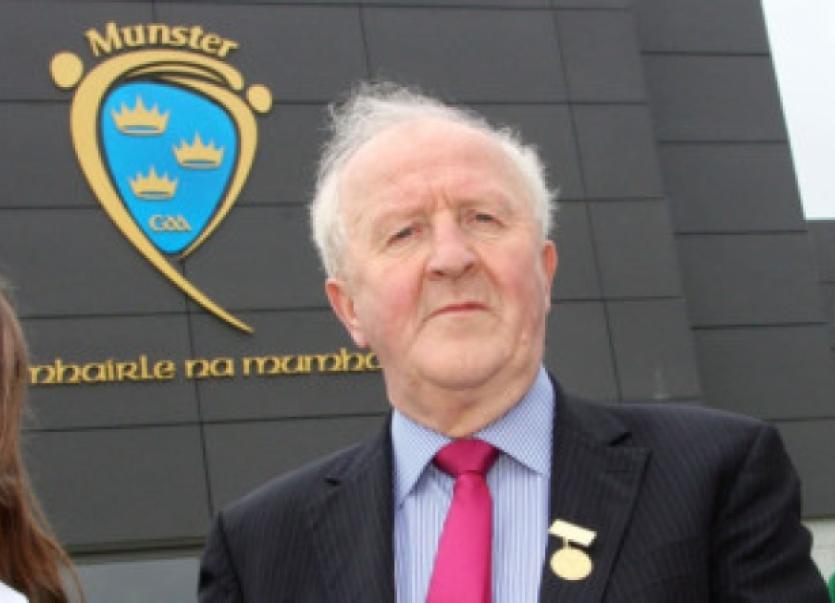 MUNSTER Council chairman Robert Frost has defended the decision to rubber stamp Pairc Ui Chaoimh as the venue for the Munster SHC final.

MUNSTER Council chairman Robert Frost has defended the decision to rubber stamp Pairc Ui Chaoimh as the venue for the Munster SHC final.

Munster council chairman told LeaderSport this Wednesday lunch-time that the fixture was made “democratically”.

The chairman only made brief comments but said that he was “hopeful that the capacity would reach 35,000 or thereabout”.

“There was only one proposal on the table so there was no vote,” confirmed the Munster Council chairman.

“What more could we do, it was all done democratically.”

LeaderSport understands that the Munster Council did as Cork to play the final in Thurles, but Cork stood by the home and away agreement.

The meeting to confirm the fixture took place at 8.00 on Tuesday night in the headquarters of the Munster Council in Castletroy.

Within one hour the decision was public, although confirmation from the Munster Council didn’t arrive until 11.14, when they issued a two line statement: “At a meeting of the Munster GAA CCC tonight the Munster senior and minor hurling finals were fixed for Pairc Ui Chaoimh on Sunday July 13. The official capacity of Pairc Ui Chaoimh is 32,168.”

This Wednesday, the chairman confirmed that he was “hopeful that the capacity would reach 35,000 or thereabout”.

While last week’s Health and Safety Audit of Pairc Ui Chaoimh set the capacity at 32,168 is it understood that a list of remedial works were suggested that could boost the capacity. While some suggestions have set the possible revised figure at 37.500, the figure that the provincial council chairman is “hopeful” of attaining is 35,000 - approximately 7,000 down on what attended last summer.

A second Pairc Ui Chaoimh Health and Safety Audit to be take place (possibly this Friday) when confirmation of the finalised capacity is hoped to be rubber stamped.

Regardless of the capacity the final will go ahead in Cork. While the Munster Council chairman insists that “there was only one proposal on the table so there was no vote”, Limerick were very much in a no win situation. Limerick did have a representative at the meeting (Munster Council delegate Mickey O’Sullivan). It is understood that in the debate prior to the decision he stressed that Limerick would be looking for an initial ticket allocation of 15,000. However he was not instructed to propose a counter proposal as Limerick had insisted from the outset that they were willing to honour the home and away agreement and were only raising concerns about the capacity in an attempt to satisfy ticket demands.

The proposal for Pairc Ui Chaoimh came from the Cork delegate and it is believed that it was seconded by Munster Council vice-chairman Jerry O’Sullivan - a former Cork chairman. There were no other proposals so Paric Ui Chaoimh was confirmed without a vote.