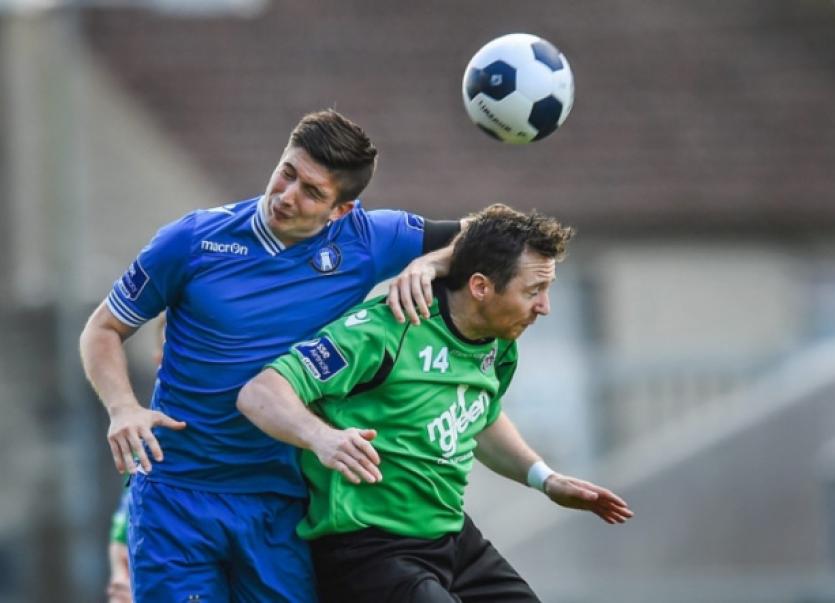 LIMERICK FC defender Shaun Kelly insists the side will not be intimidated when facing high-flying Cork City at Turners Cross this Friday night, 7.45pm.

LIMERICK FC defender Shaun Kelly insists the side will not be intimidated when facing high-flying Cork City at Turners Cross this Friday night, 7.45pm.

Title-chasing City lie 16 points ahead of sixth-placed Limerick in the Premier Division table. However, full-back Kelly said Limerick had showed themselves more than capable of getting a result at Turners Cross from their previous away trips in the League this season.

Kelly said: “I don’t think any team intimidates us. We have some good characters in the squad, some very good players. We went to Shamrock Rovers and should have won only for their late equaliser. We drew 1-1 at the champions St Pat’s. In the Dundalk game we held our own up there are were unfortunate to lose 2-1.

“On our day I don’t think there is anyone better than us, so hopefully we can go there and get the three points.

“Turners Cross is always a good place to go and play, They have a good fan base down there. They are getting crowds down there.

“Hopefully we can go there and pick up the three points and keep the run going.

“We are sixth in the table now. Last season we finished seventh in our first season back up. This year, you always want to build on what you did last year. Hopefully we can finish further up the table.”

Defender Kelly said the week off for the mid-season break had allowed players carrying niggling injuries time to allow them clear up.

“The week off was good. It was just about getting away and relaxing for a week and for any niggly injuries players had, it was good to get away. The boys have come back now. Everyone looked after themselves when they were away.

“Everyone knows that they cannot go away and just do what they want. They have to do their own bits and pieces when they are off. You shouldn’t lose to much sharpness in a week.

“The gaffer and the management team said they put their trust in us before they went away and that showed. Everyone has come back in good shape.”