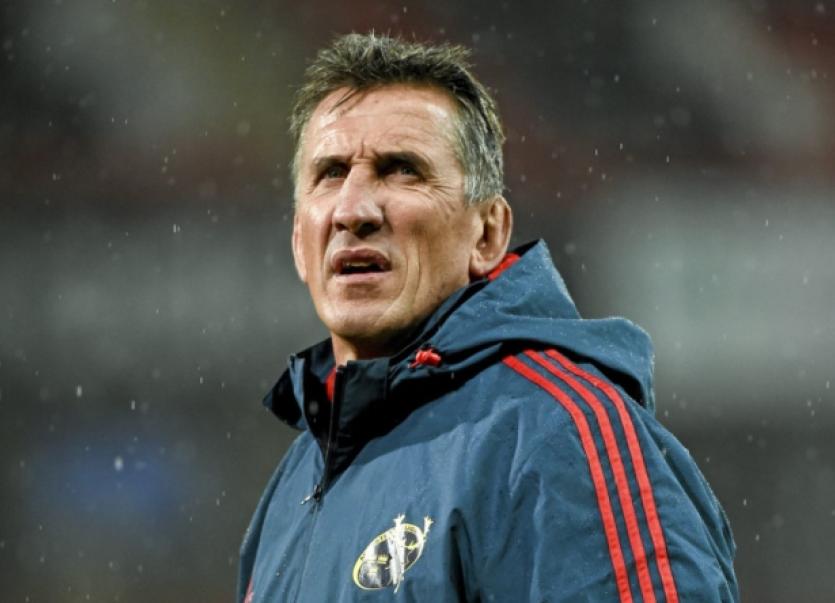 MUNSTER head coach Rob Penney believes the RaboDirect PRO12 is set to become more competitive in future seasons as finishing positions will determine qualification for the new European Rugby Champions Cup which is to replace the Heineken Cup.

MUNSTER head coach Rob Penney believes the RaboDirect PRO12 is set to become more competitive in future seasons as finishing positions will determine qualification for the new European Rugby Champions Cup which is to replace the Heineken Cup.

From a Munster perspective, European Rugby Champions Cup qualification is dependent on a top seven finish in the PRO 12, with at least one club from each country participating in the league. Munster have already secured a top seven finish and with it participation in the inaugural European Rugby Champions Cup. In total three new cross border club competitions will come into effect from next season.

Rob Penney said: “(The RaboDirect PRO12) It’s tough enough as it is but yeah it will make the competition more competitive. It will make it more competitive and it’ll put a lot more onus on your results and performances in the Rabo, obviously to get into the European Cup.

It’s great it’s resolved and everyone can sleep easy at night knowing that European Rugby is in good hands going forward.”

Under its new guise the European Rugby Champions Cup, starting next season, will involve 20 teams, with six qualifying from each of the English Premiership and French Top 14 and seven from the Pro12, which includes teams from Scotland, Wales, Ireland and Italy, EPCR said in a statement.

While a minimum of one team from each of the Pro12 countries will be guaranteed a place in the competition, the remaining spot will be decided by a playoff between the seventh-placed teams in England and France in the first season, and will include two further teams from the Pro12 after that.

Five pools of four teams will play each other home and away, with the section winners and three best runners-up progressing to the quarter-finals.

There is a minimum eight-year deal among the stakeholders, with income - the distribution of which was one of the major contributors to previous disagreements - divided so that the Top 14, Premiership and Pro12 teams each get a third, with the latter guaranteed a minimum amount for the first five years.