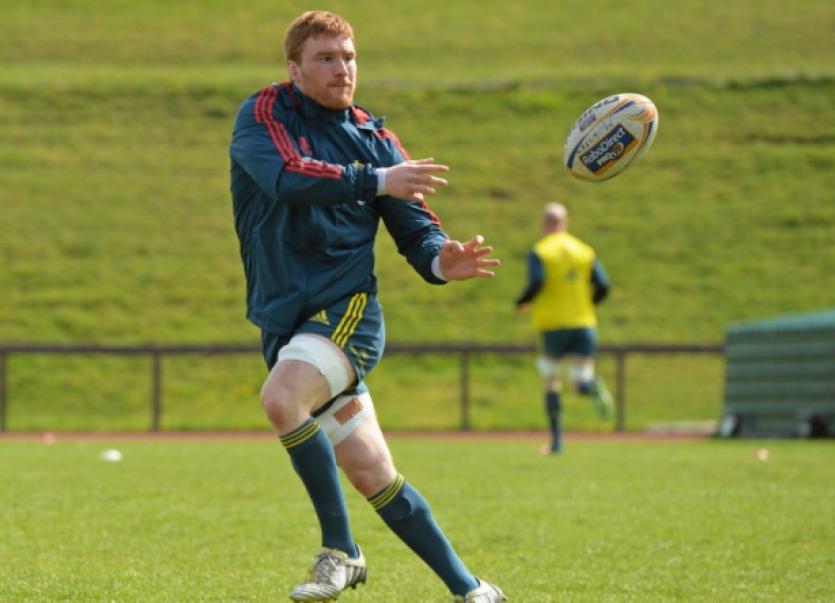 Colm Kinsella talks to Sean Dougall ahead of Munster’s game against Connacht on Saturday.

Colm Kinsella talks to Sean Dougall ahead of Munster’s game against Connacht on Saturday.

SEAN Dougall arrived in Munster as an unheralded back-row forward as far as the province’s rugby supporters were concerned - but the 24-year-old has won over members of the ‘Red Army’ with a string of eye-catching displays.

Having featured in Munster’s opening four Heineken Cup games this season, injury has interrupted Dougall’s progress and the fit-again Tommy O’Donnell started in the number seven shirt in the recent quarter-final win over Toulouse.

Saturday evening’s clash with Connacht at the Sportsground gives Dougall another chance to impress the Munster management team before the side to face Toulon in the Heineken Cup semi-final is selected.

Speaking after Munster’s squad session at UL this week, Dougall said: “Every player wants to be involved in the big games, and every game, but you’ve just got to take the good with the bad as I’ve said before.

“This weekend is an opportunity for lads and myself included and to go out and take it and not think too far ahead. Just take it each game at a time, see what happens.

“For the lads every game’s an opportunity and the good thing about this squad is that there is so much competition for positions that every opportunity you get, lads want to go out there and grab it.

“As a player you like to think that if you put in a good performance you’re rewarded and all the lads are highly motivated anyway.

“This week in Connacht, it’s huge to get the momentum going again. We’re obviously disappointed with the result at the weekend against Glasgow, especially at home.

“We came in on Monday, got the video review done, looked back at the game and we’ll fix it this week.

“The video of the Glasgow game wasn’t great to look back at to be honest with you. It never is when you’re facing a loss like that but it had to be done and you’ll learn from it.

“There’s things that could easily be fixed and this weekend is a great game to start with.”

Dougall, who joined Munster from Rotherham Titans at the start of last season, admitted there was more bite than normal in their squad training sessions this week as a result of the poor showing against Glasgow.

Dougall said: “There is probably a bit more bite to it yeah. The lads are hurting and we just want to make amends for it so there was probably a little bit more bite and the contact was pretty intense so that had probably something to do with it; the weekend.

“There will be a lot of close contact stuff (v Connacht) and our breakdown is going to be key, getting quick ball for the backs. As a forward pack, we’re going to have our work cut out.”

Scottish-born Dougall is expecting a big challenge from Connacht this weekend on the back of their heavy defeat to Ulster last time out.

Dougall said: “You can’t underestimate any team and especially (them) after the loss they had in Belfast.”