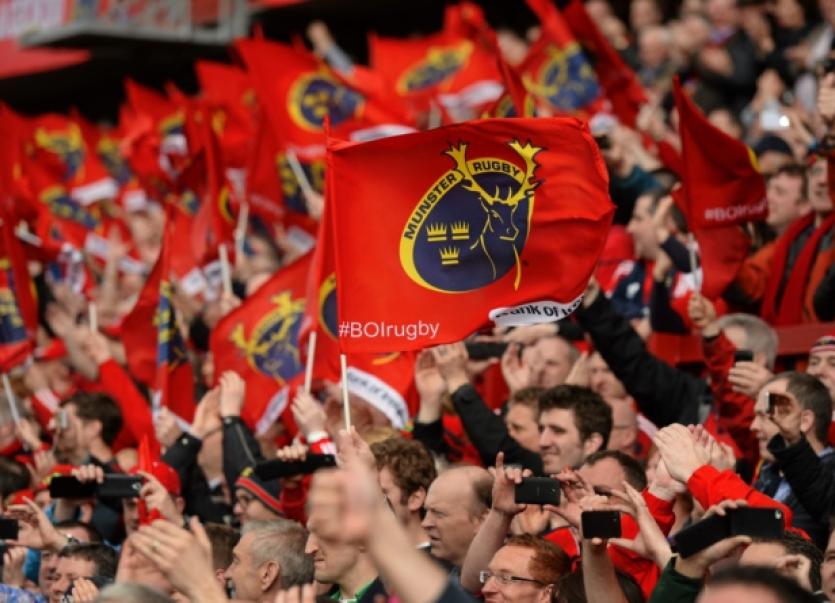 MUNSTER have made nine changes in personnel from the side which lost to Glasgow last weekend for Easter Saturday’s crunch RaboDirect PRO12 clash with local rivals Connacht at the Galway Sportsground, 6.15pm.

MUNSTER have made nine changes in personnel from the side which lost to Glasgow last weekend for Easter Saturday’s crunch RaboDirect PRO12 clash with local rivals Connacht at the Galway Sportsground, 6.15pm.

Paul O’Connell returns to the side as one of four changes in the pack. O’Connell joins Donncha O’Callaghan in the second row, while Dave Kilcoyne and Damien Varley start in the front row, with John Ryan making the positional switch to tight-head. Shannon clubman Paddy Butler takes the place of James Coughlan in the back-row as Varley takes over the captaincy duties.

Duncan Williams teams up with Ian Keatley at half-back, while Denis Hurley, Johne Murphy and Andrew Conway all join James Downey and Gerhard van den Heever in the backline.

In the replacements Munster are bolstered by the addition of BJ Botha who limped off last weekend with a mild ankle injury, and following a week of rest and rehabilitation Munster say the prop is in line to make his 70th appearance for the province.

Out-half JJ Hanrahan, who was ruled out earlier in the week, has met with the specialist and it was confirmed he sustained a moderate groin tear. The plan going forward for Hanrahan is to progress with rehab and the Kerry native will continue to be monitored by the medical staff on a daily basis.

With three hookers unavailable due to injury, the coaching team has had to call on the services of 19-year-old sub-Academy hooker Dinneen, who now plays his club rugby with Galwegians and studies Commerce in NUI Galway. Dinneen is listed among the replacements for the Sportsground clash.