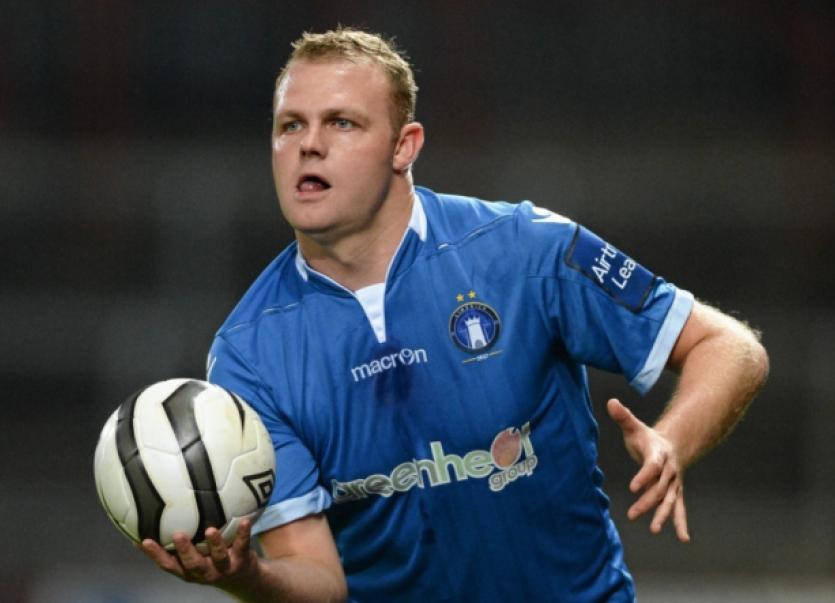 IMPROVING Limerick FC will target their third successive win in the SSE Airtricity League Premier Division when Stuart Taylor’s side travel to the Brandywell to face Derry City this Easter Monday, 3pm.

IMPROVING Limerick FC will target their third successive win in the SSE Airtricity League Premier Division when Stuart Taylor’s side travel to the Brandywell to face Derry City this Easter Monday, 3pm.

Limerick moved up to eighth place in the Premier Division table, thanks to an exciting 2-1 win over bottom side Athlone Town at Thomond Park on Good Friday.

Derry City lie two places and one point ahead of the Super Blues in the table although Limerick do have a game in hand on the Candystripes.

Limerick FC’s scoring power has been boosted in recent times by the arrival of Scottish-born striker Tam McManus at the club from Rochester Rhinos in the North American USL Pro league. Thirty three-year-old McManus, whose previous clubs include Derry City, has scored on his two most recent outings in the Munster Senior Cup and most recently when netting the precious winner in Friday night’s win over Athlone.

Limerick FC manager, Stuart Taylor said: “Tam’s winner against Athlone was a fantastic finish. I thought his movement, and the dummy he sold the player to make the space to set himself up, was fantastic. He showed great composure. That is the reason why he has come to the club. He has done it all his career.

“He is a bit of a fox in the box, finding the right area to get on the ball, he is a goalscorer. We are building his fitness up and there is a lot more to come from him.

“I have always said there is a long way to go in the season. We are taking each game as it comes. We will keep progressing. We still have players who are having their pre-season now because they missed it earlier. We need to be patient. We have picked up another injury with Craig Curran which is unfortunate, but we have more of the players coming back fully fit now.

“Derry is a very difficult place to go. Roddy (Collins) has them working hard and well organised. Again, like everyone else, we would like to go up there and get the three points. We will deal with the Sligo Rovers game then on the following Friday night.”