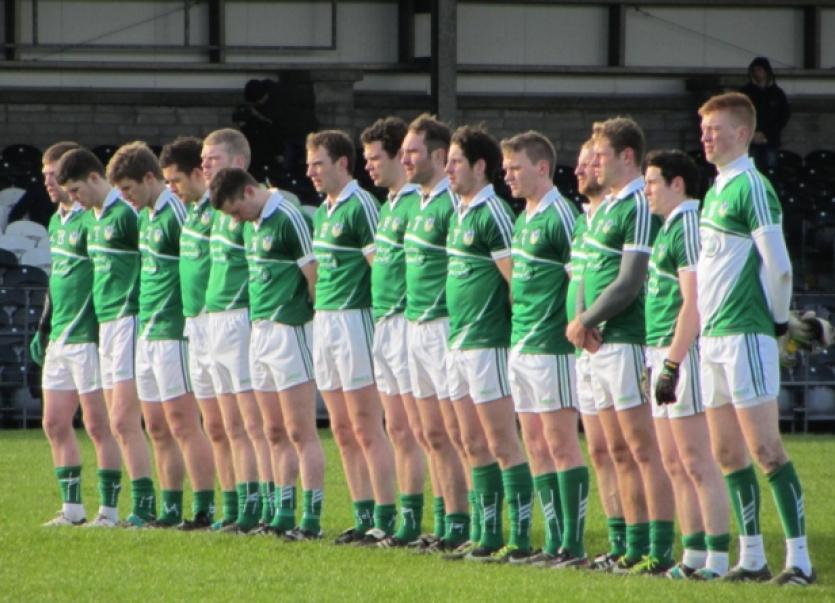 THE Limerick footballers get an early season opportunity to exact some revenge on Longford this Sunday.

THE Limerick footballers get an early season opportunity to exact some revenge on Longford this Sunday.

Last Summer the midlanders ended Limerick’s championship at the earliest opportunity and ended the tenure of manager Maurice Horan.

This Sunday in the Gaelic Grounds at 2.00, it’s valuable league points that are on offer, especially after both sides lost their round one contests.

The Limerick loss in Sligo had new manager bemoaning over 20-missed scoring chances.

“We have been confident for the last month and I think it showed today that we are not out of our depth in this league. Longford will come down to us on Sunday and we will be full of confidence again because we know we should have won this game - it’s not as if we didn’t perform,” said John Brudair after the Sligo game.

“Hopefully we can put in the same level of intensity and make better decisions in front of goal,” he said of his first competitive game as Limerick manager this Sunday.

Limerick won’t name their team until after training on Friday night.

Goalkeeper Brian Scanlon could be available. The Gerald Griffins man was named to play in Sligo but tweaked a quad injury just before the start and was replaced by Monaleen’s Donal O’Sullivan.

Also available is Stephen Lucey, who missed the round one game as he was out of the country.

“It was disappointing in that we had the chances to win it,” recalled Brudair.

“I thought we were the dominant team for the majority of the game - I know they had a good period in the second half but overall we had an awful lot of scoring chances that we left behind us. It all comes down to decision making in terms of shot selection - I thought sometimes we hurried the shot when we needed to be more patient and create a better opening,” he recalled.

“Eagerness to shoot at times can be good but at the same time you have got to be cute.”

Despite the loss it was an encouraging start to 2014.

“There was great commitment shown by us. Overall if you look at the goal chances created and the misses we have stats to show we were the dominate team, it’s just unfortunate we lost.”

Aside from the attack, Brudair also say plenty room for improvement elsewhere.

“At times we were a little static in the way we were bringing the ball out - we need more support play and place when coming out. When we did play it right it was fine but Sligo did definitely turn us over on the occasions that they shouldn’t have. They are all small things that we have to work on but its the small things that give you results.”