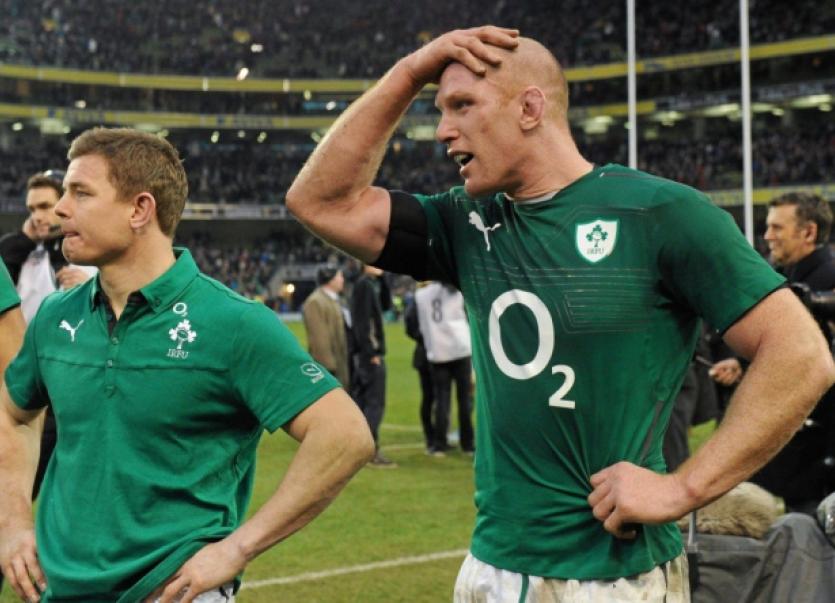 IRELAND captain Paul O’Connell says it’s vital the side learn from their devastating defeat to New Zealand ahead of the 2014 RBS Six Nations.

IRELAND captain Paul O’Connell says it’s vital the side learn from their devastating defeat to New Zealand ahead of the 2014 RBS Six Nations.

Heroic Ireland came up short in their bid to record a first win over New Zealand in 108 years when cruelly denied victory by a last gasp converted try at the Aviva Stadium. In the end, O’Connell’s Ireland side, who led 19-0 after the first quarter, with Munster scrum-half Conor Murray bagging the first of three first half tries for the home side, will have to wait for a first win over the World champions until at least the 29th meeting between the sides.

A philosophical O’Connell said: “New Zealand are further down the track than we are in terms of their development.

“We probably haven’t got that belief which comes from confidence. Everything comes a little easier when you have that confidence and momentum. When you look at us on paper, we are an excellent side. We just haven’t produced it consistently.

“We haven’t combined the accuracy and detail with the intensity and attitude we need to. We did that today.

“We got away now and go into an intense period with our provinces. You are fighting for every point in the Heineken Cup.

“You have the local derbies in the PRO12 over Christmas and it is a really intense period. We need to make sure when the guys come back in for the Six Nations, we are ready to build on the performance and develop that momentum and confidence.”

Munster remain the only side from Ireland to beat the All-Blacks, courtesy of their 12-0 win at Thomond Park in 1978.

Ireland open their 2014 Six Nations campaign at home to Scotland on Sunday, February 2.