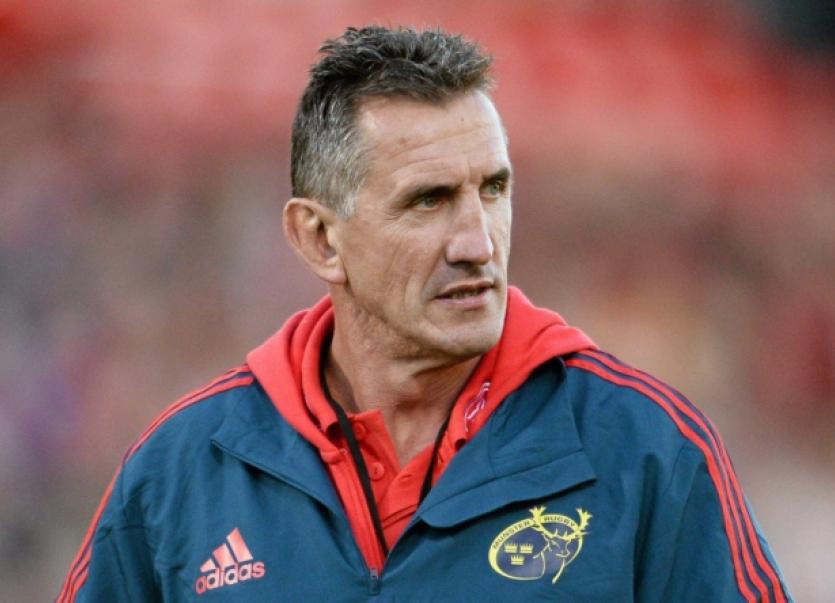 MUNSTER have received a triple boost ahead of next month’s crucial back-to-back Heineken Cup pool fixtures against USAP Perpignan with the return of Keith Earls, Ian Keatley and Luke O’Dea to full training.

MUNSTER have received a triple boost ahead of next month’s crucial back-to-back Heineken Cup pool fixtures against USAP Perpignan with the return of Keith Earls, Ian Keatley and Luke O’Dea to full training.

Earls had been out of action with a knee injury, while out-half Keatley was struggling with a hip/groin problem and O’Dea was sidelined with hamstring trouble.

The talented trio returned to training this week ahead of Munster’s RaboDirect PRO12 clash with the Dragons at Rodney Parade this Friday night, 7.15pm.

Munster was also boosted by news that their dynamic international back-row forward Tommy O’Donnell has signed a new two-year contract which will keep him at the province until June 2016.

O’Donnell has been out of action since September after injuring his knee against Zebre.

Munster head coach Rob Penney revealed last week that the back-row forward is one week ahead of schedule in his recovery and should be back to full training in December.

O’Donnell said: “This is where I want to be and I enjoy playing my rugby here. I know it hasn’t been the best of starts to the season for me with injury, but like last year I just want to come back fighting and push on to the next level again.”

Munster moved four points clear of the second-placed Ospreys in the PRO12 table thanks to a convincing 31-10, bonus point, victory over the Cardiff Blues at the Arms Park on Saturday

The victory was achieved despite Munster being without the services of up to 14 squad members, three players who were on duty with Ireland against the All-Blacks and 11 who are recovering from injury.

The three players who featured for Ireland in their heartbreaking defeat to New Zealand, Paul O’Connell, Conor Murray and Peter O’Mahony, will not feature for Munster in Rodney Parade this Friday.

Munster coach Rob Penney said: “It is exciting for us. This group have a great opportunity to put pressure on selectors to maintain their position or get a position in the Heineken Cup group and kick on from there.

“It’s always challenging playing away and playing Welsh teams away is even more challenging, given some of the things which have happened. I doubt the guys who played against New Zealand will be available five days later because we play on Friday night. Anyone involved in that Test.”

Munster will have a useful nine-day turnaround from Friday’s tie with Dragons before the Heineken Cup round three tie with Perpignan at Thomond Park on Sunday, December 8 at 12.45pm.

Perpignan, seventh in the Top 14, collected a precious losing bonus point in a plucky 9-15 away defeat to Toulon on Friday night. Perpignan host Clermont on Saturday.