Van den Heever and Downey back in Munster selection mix 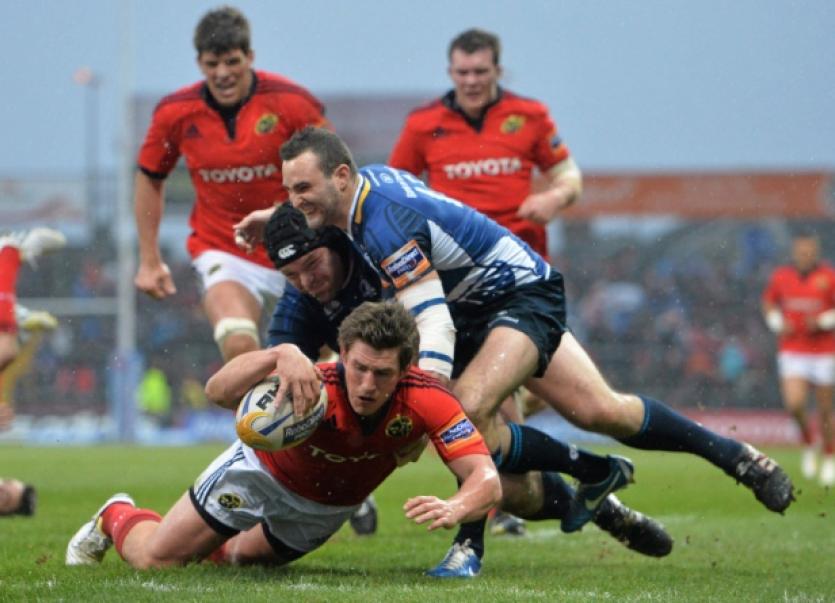 MUNSTER’S South African winger, Gerhard van den Heever is in contention to make his debut for the province in Friday night’s RaboDirect PRO12 clash with the Dragons after returning to full training this week.

MUNSTER’S South African winger, Gerhard van den Heever is in contention to make his debut for the province in Friday night’s RaboDirect PRO12 clash with the Dragons after returning to full training this week.

Twenty four-year-old van den Heever had his Munster debut delayed earlier this month due to a slight groin injury. However, the former Western Province star is back in full training and is available for selection for Friday night’s clash at Rodney Parade (7.15pm).

Centre James Downey, who had also been troubled with a groin injury, also resumed training this week and is in the mix to feature against the Dragons.

The international trio of Conor Murray, Paul O’Connell and Peter O’Mahony are back in Munster camp this week and management will discuss their availability options over the next 24 hours. Early indications are that flanker O’Mahony will not be available for the Dragons game after sustaining a ‘dead’ leg in Sunday’s defeat to New Zealand.

Niall Ronan (knee) continues to be monitored and he is expected to meet with the specialist for a further update early next week. Lock Dave Foley has also been ruled out of contention for Friday night’s game as a result of the tight hamstring he suffered in last Saturday night’s bonus point win over Cardiff.

Penney believes PRO12 tabletoppers Munster will have to be at the peak of their powers when tackling the Dragons after they recorded an away victory against Glasgow Warriors at Scotstoun last weekend.

Penney said: “The Dragons are a really good team and are tough at the best of times, and we are now taking them on after they have had a really great result against Glasgow up there so we really need to put in a big performance if we want to keep our consistency and momentum up.”

Friday night’s game is not being televised live.