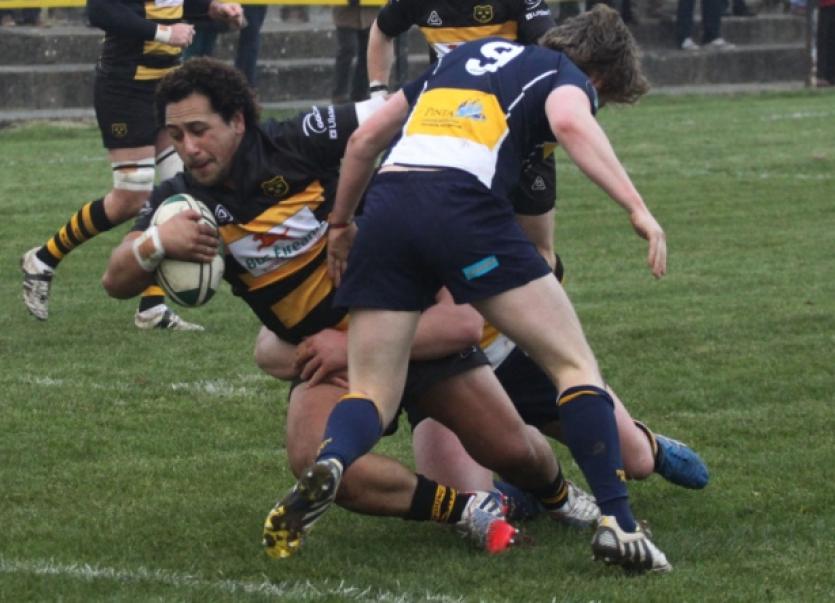 Munsters’ will travel to Castle Avenue in confident mood on the back of an impressive weekend victory over Dolphin at Greenfields.

While Munsters’ are hoping to remain in touch with the leaders, city rivals Garryowen harbour far less lofty ambitions in Division 1A.

The ‘light blues’ have lost all six of their opening AIL fixtures and are propping up the top flight table, six points adrift of second-from-bottom Ballynahinch.

To say Saturday’s tie with seventh-placed Lansdowne at Dooradoyle is important for Garryowen is putting it mildly.

Staunton said: “Tarf lost their first match and have been a big force since. To go to Con’ last weekend and win well is a big one. This side of Christmas we have ‘Tarf and UCD in the AIL. There is no point in going up to Dublin this weekend to make up the numbers. If we can improve on our performance against Dolphin anything can happen. When we put a challenge to our lads, they relish it.”

Saturday’s fixtures are the second last round to be played before the Christmas break.

Both Limerick sides in Division 1B, Shannon and UL-Bohemian will be looking to return to winning ways after losing their respective fixtures at the weekend. Shannon, beaten by Terenure College last time out, host Belfast Harlequins at Coonagh.

Fourth-placed UL-Bohs’, who suffered a disappointing defeat to Corinthians on Saturday, travel to Stevenson Park to face Dungannon this weekend.

In Division 2B, fifth-placed Thomond travel to Shamrock Lodge to face Boyne. In the same Division, 13th-placed Richmond will be looking to pick up their second win of the campaign when they host DLSP at Richmond Park.

Meanwhile, it has also been confirmed that the ODM Financial Munster Senior Cup final between Garryowen and Cork Con will take place at Thomond Park on Friday, December 20 at 7:30pm.

Thirty eight-time Munster Senior Cup winners Garryowen last won the cup in 2012, when they went on to also claim the Bateman Cup.