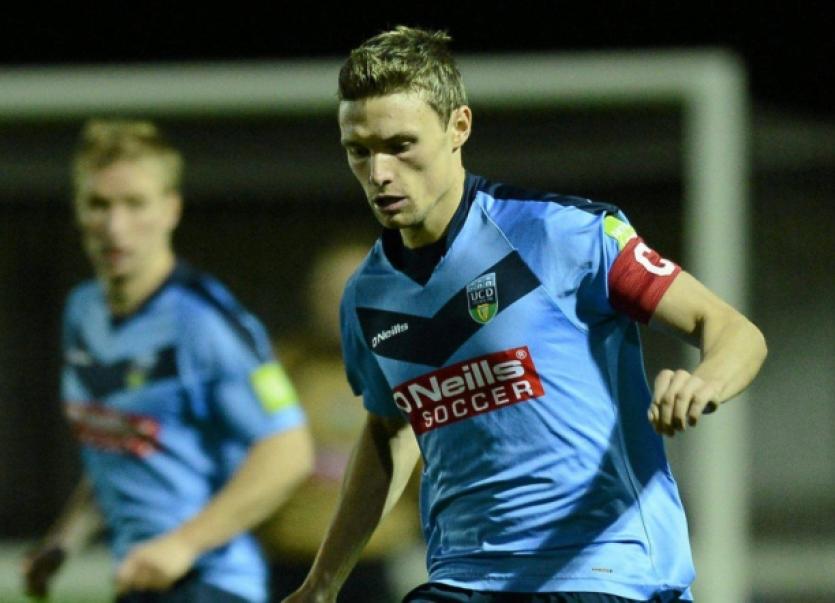 LIMERICK FC have boosted their defensive options for next season with the signing of Michael Leahy from UCD.

LIMERICK FC have boosted their defensive options for next season with the signing of Michael Leahy from UCD.

Twenty four-year-old centre-half Leahy made his senior debut for the Dublin Students against Limerick at the beginning of the 2009 First Division season, before being handed the club captaincy in 2011.

Leahy admitted that leaving UCD was ‘tough’, but he is looking forward to the future with Stuart Taylor’s Limerick side.

“I’m delighted to be here at Limerick. I’ve been in discussions with the club now for a couple of weeks so it’s great to finally have things signed and sealed,” Leahy told LimerickFC.ie

“I’m looking forward to pre-season now. UCD has become my home. I had been there for five years so it’s tough leaving somewhere you’ve got used to and you have a lot of friends and there are a lot of good people you’ve met.

“But I think I just needed a fresh challenge and it was time for me to make the next step in my football career and I’m happy I’m here to do that.

“I thoroughly enjoyed my time at UCD. I was obviously linked into the University while I was there doing my college course.

“A lot of the team were around the same age so the team spirit would have been very good. I made a lot of great friends there who will remain friends for probably the rest of my life.

“It was great in that way and I learned a lot football wise too. The manager (Martin Russell) was very good to me and taught me a lot.