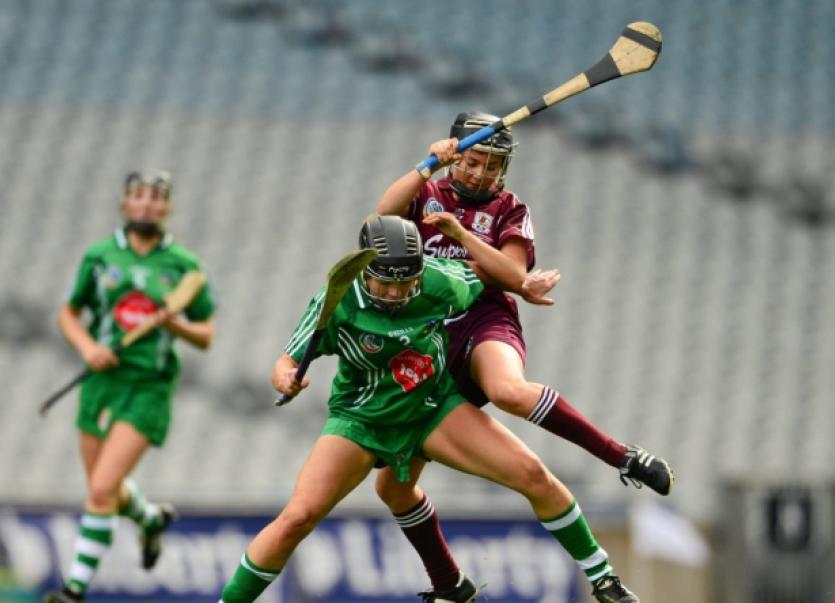 LIMERICK camogie manager Joe Quaid admitted to feeling ‘gutted’ following their All-Ireland intermediate final defeat to Galway, but he remains adamant the side can land the title in 12 months time.

LIMERICK camogie manager Joe Quaid admitted to feeling ‘gutted’ following their All-Ireland intermediate final defeat to Galway, but he remains adamant the side can land the title in 12 months time.

A young Limerick side suffered a heart-breaking two-point defeat before just over 15,000 paying customers at Croke Park yesterday.

Afterwards Joe Quaid said: “We are gutted. I don’t feel the girls performed to their potential today, but the one thing we have to understand is what low base we were coming from this time last year and how many young girls are on the team.

“We are 16-year-olds and 17-year-olds. It is a huge occasion for them. All I can say it that I am so, so proud of them, for the way they tried out there.

“It is probably a bit much to expect for the first year that we could take an All-Ireland. We haven’t too many of them in Limerick. It takes a bit of doing to get them up to speed. Galway lost the final last year after a replay. That stood to them. They looked very hungry and they were a lot more physical and physically stronger than us which, I think, was the main difference.

“Croke Park is a big pitch and there are no hiding places out there. Galway just outmuscled us.

“I thought we started the second half ok, but then Galway took control. A few decisions went against us. I am not going to go into the small fish! Stuff like that balances out.

“At the end of the day we were the width of a post away from snatching it. I asked the girls below in front of the hill (Hill 16) to commit to coming back here to Croke Park again next year, every single one of them. I don’t want to hear anything about retirements or anything else.”

Quaid said the management team was committed to returning to take charge of the side next year.

“I am committed to staying with them and Ger Sheehy and Anne Herbert (selectors) the same. They are a superb bunch of girls. We have built a family this year” Joe Quaid said.

“We haven’t built a team, it’s a family and a squad. Every one of them showed today their willingness to put their heads on the block for everyone else.

“We will go home, reflect on what went wrong. There is no point going too deep into it. It’s over now. Nothing can be done about it, only to learn from it. The girls will be a year older next year. They will be a year stronger.

“I fully intend being back next year talking to ye (press) as a winning All-Ireland intermediate manager with Limerick.

“We have had a superb season. How many girls and fellas in the country went out at the start of the year wishing they were playing in Croke Park? The girls got a taste of that today. No one can underestimate what an occasion this is for them, what an arena it is to play in. The game was live on TV. That was all going through their heads.”