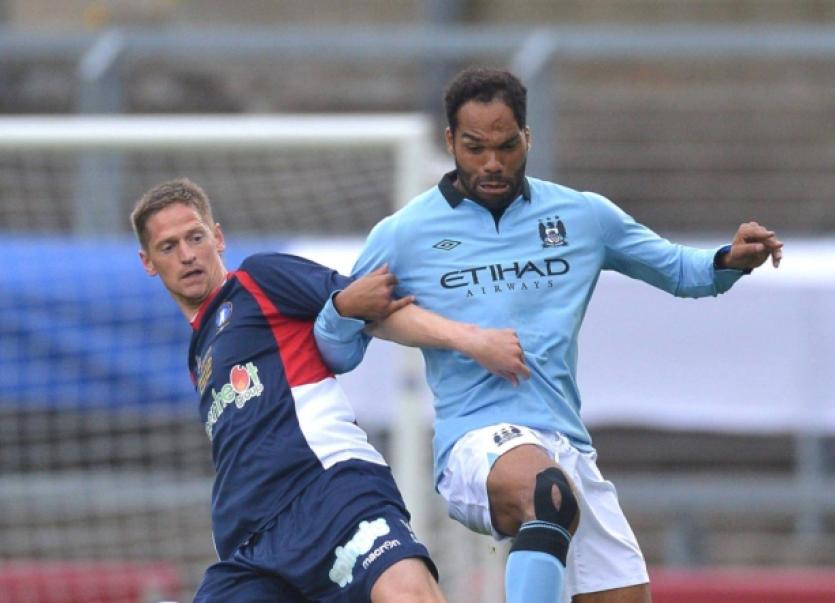 LIMERICK FC will not be hosting a glamour friendly fixture at Thomond Park this year, the club has confirmed.

LIMERICK FC will not be hosting a glamour friendly fixture at Thomond Park this year, the club has confirmed.

Premier Division side Limerick had hoped to organise a high profile fixture against top class cross-channel opposition following on from the highly successful meeting with Manchester City in 2012, which attracted more than 20,000 supporters.

Leading names such as Tottenham Hotspur and Glasgow Celtic had been touted as possible opponents for Limerick FC in a friendly fixture this autumn.

However, Club Chairman Pat O’Sullivan confirmed that the Blues would not be staging any marquee friendly this year.

O’Sullivan said any friendly needed to be ‘financially right’ for the club. However, the chairman is confident Limerick will be able to organise a glamour friendly soccer game in 2014 as part of Limerick’s ‘City of Culture’.

Pat O’Sullivan said: “There won’t be any friendly this year. We have been offered friendlies, but they must be financially right.

The Limerick FC Chairman said that while he did not think the club would return to the Markets Field for the start of next season, he isn’t totally ruling it out.

O’Sullivan said: “We are delighted to see that the new pitch has been put down at the Markets Field. If the weather is good and the pitch takes well, it could be playable next March or April. There are other things to go alongside that.

“We are talking to LEDP (Limerick Enterprise Development Partnership) on an on-going basis with regard to that.

“I would say that I don’t think we will be there for the start of next season, but there is a possibility we will. Other things need to be sorted and resolved. Obviously, finance is a huge issue to get those things done. We are working on all of that.”

The LEDP, a charitable trust company, indicated last month that they will be lodging a planning application to encompass the overall development of the ground.

On the pitch, Limerick FC face Shamrock Rovers in the Premier Division of the Airtricity League at Thomond Park on Tuesday next at 7.45pm.