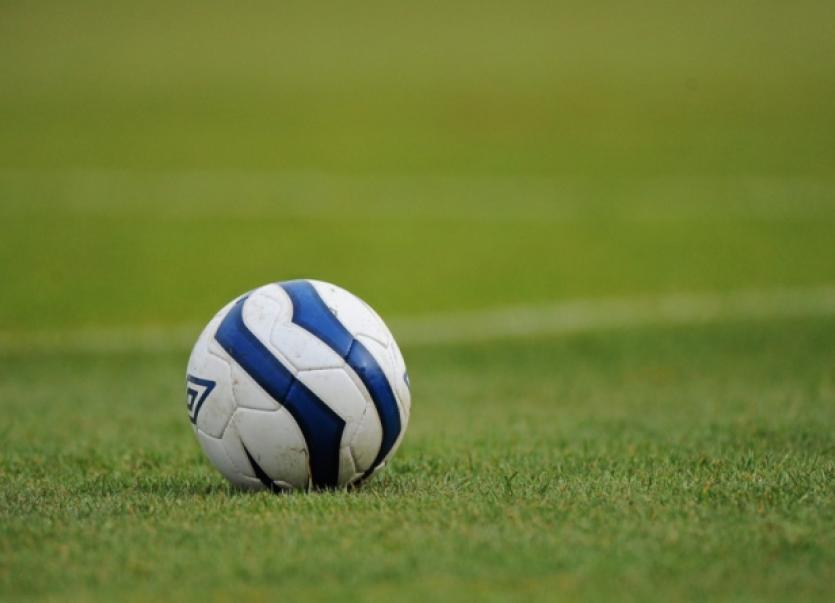 The first round of the Munster Junior Cup took place over the weekend and here is a roundup of how all the Premier League teams got on.

The first round of the Munster Junior Cup took place over the weekend and here is a roundup of how all the Premier League teams got on.

Geraldines needed extra time to see off a strong Croom side. Kieran Larkin’s struck twice to put Croom ahead in the first half but goals from Derek Hannon and James Cleary put Geraldines level with 15 minutes remaining. Conor Laffan’s goal looked to have given Croom a shock win but Keith Harnett sent the game to extra time. Goals from Christy O’Neill and Hannon’s second saw the Dines through to the next round.

Ballynanty Rovers ended up comfortable 9-2 winners against Fairview B but not before the away side went two nil up thanks to Kieran Long and Craig Reddan. Balla settled, however, and four goals on his debut from Kevin Barry and two from Ed Radcliffe helped Rovers to win easily in the end.

Kilmallock made Fairview’s A team work extremely hard for their 1-0 victory. George Daffy got the View’s winning goal in the first half but they had to withstand a sterling second half effort from Kilmallock to eventually get to the second round.

Pike Rovers advanced to the next round with ease thanks to a 7-1 win against Shelbourne. Eoin Hanrahan’s hat trick and two from John Connery helped Pike on their way to an emphatic win.

Five goals from Shane Clarke helped Janesboro to an 8-0 win against neighbours Kennedy Park. Thomas Clarke, John Tierney and Mike Hogan also got on the scoresheet for Boro.

Summerville Rovers were made to work for their 2-1 win against Caherdavin Celtic. Brian Shorten had given Caherdavin the lead but Darren O’Sullivan continued his good goalscoring run since returning to Summerville with both goals in the win.

Moyross romped to an easy victory against Shannon Hibernians. Barry Quinn’s hat trick, Stephen Hannon, Adrian Power and Alan Quinlivan got the goals for Moyross in their 6-0 win.

Mungret Regional put aside their Premier League struggles with a 7-1 over Parkville. Veteran striker Keith McNicholas was the star of the show, grabbing a hat trick for his side.

You can see all the results from this weekend’s action here.