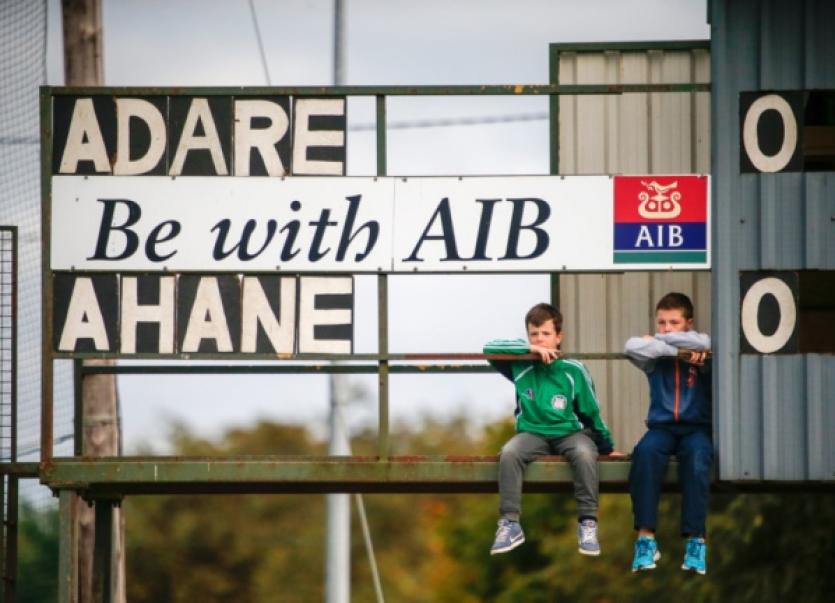 2014 champions Kilmallock will play Na Piarsaigh this weekend in the county senior hurling semi-final after the South Limerick side beat Doon by two points. The sides were level on 13 occasions before Ger O’Loughlin’s champions hit the last three points to see off a strong Doon challenge. Read Jerome O’Connell’s report of this game here. The other quarter final between Adare and Ahane finished 17 points apiece. Click here to read a report on this game.

The first round of the Munster Junior Cup took place on Sunday of 10 of the 11 Premier League teams in action. Read a roundup of all their games here.

The senior football championship is heading for the boardroom after last season’s finalists St Patricks have confirmed to LeaderSport that they are to appeal the ‘award’ of their final round Limerick SFC group game to Pallasgreen. There were just three minutes when referee Mike Meade brought a premature end to the game, which could now delay the championship. On receipt of the referees report, the CCC of Limerick GAA met and on Saturday St Patricks received confirmation that the game had been awarded to Pallasgreen as it was deemed St Patricks were responsible for the ‘early termination of the game’. St Pats have until lunch-time on Tuesday to appeal but they are now to appeal to Limerick’s Hearings Committee.

Dublin had three points to spare over Kerry in a rain soaked Croke Park on Sunday. Midfielder Brian Fenton was the star man for the Dubs, who led by four points at half time. Kerry could not mount a serious comeback in the second half and Dublin deserved their 25th All Ireland Football title. Final score at GAA HQ was Dublin 0-12 Kerry 0-9.

One of Horse Racing’s leading jump jockeys Robert Thornton has had to retire because he has been unable to recover from injury. Thornton suffered fractured vertebrae in a fall from Say When at Chepstow in April 2014 and has not ridden competitively since. He had been hoping to make a comeback after undergoing significant physiotherapy but complications as a result of his injuries have forced Thornton into retirement with immediate effect.