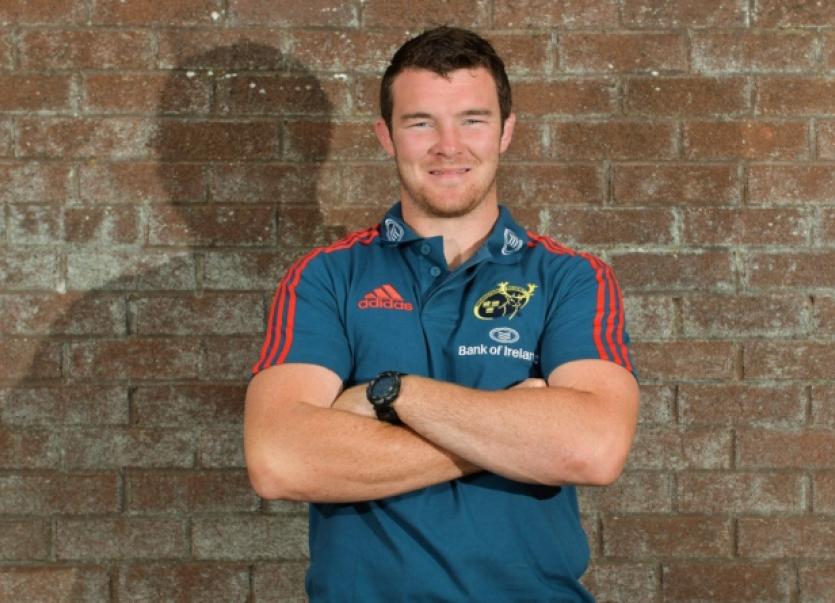 TABLE toppers Munster have included returning internationals Keith Earls, Simon Zebo and Peter O’Mahony in a strong line-up to face Treviso in the RaboDirect PRO12 in Italy this Friday night.

TABLE toppers Munster have included returning internationals Keith Earls, Simon Zebo and Peter O’Mahony in a strong line-up to face Treviso in the RaboDirect PRO12 in Italy this Friday night.

Earls is named on the right wing for the first time since sustaining a shoulder injury against Clermont at the end of April, while Lions star Zebo returns on the left wing.

Peter O’Mahony is named at number six for the league leaders and will captain the side for Munster’s date with Treviso at the Stadio di Monigo in round three of the PRO12 which kicks off at 7.30pm Irish time.

The Munster back row to face the Italians has a new look about it with Niall Ronan and James Coughlan joining O’Mahony. Flanker Tommy O’Donnell, who featured against Zebre in Munster’s bonus point win before being forced off injured, is set to face up to 12 weeks on the sidelines owing to the knee injury he sustained in the fixture.

In rotating the squad, Penney has opted with new half-backs this week with Duncan Williams and Ian Keatley replacing Cathal Sheridan and JJ Hanrahan in the starting line-up.

The game will not be televised live, but TG4 will show highlights of the match following their live coverage of the Glasgow v Leinster PRO12 game on this Friday night, while RTE 2 will also show extended highlights of the Munster match on Saturday from 6.00pm.