Limerick FC gear up for three games in six days 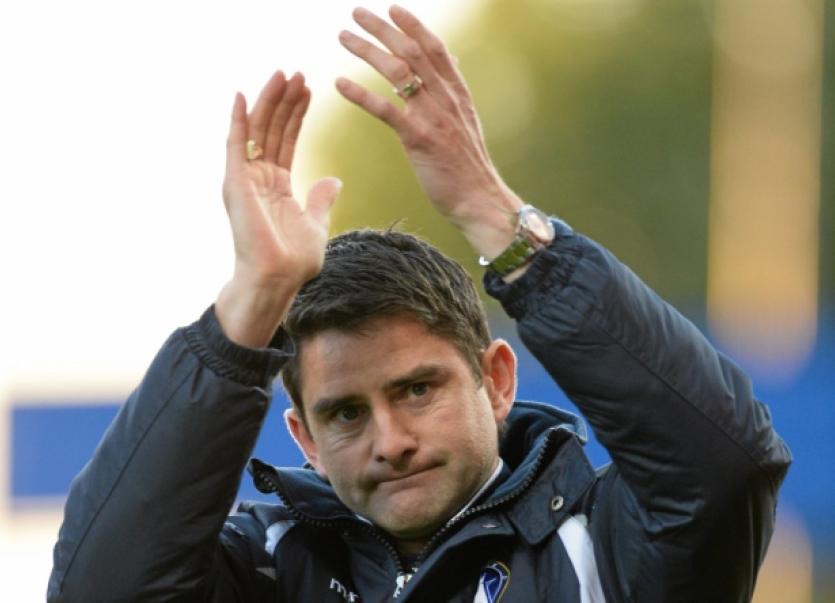 LIMERICK FC are gearing up for a hectic playing schedule which includes playing three Premier Division fixtures in the space of just six days.

LIMERICK FC are gearing up for a hectic playing schedule which includes playing three Premier Division fixtures in the space of just six days.

Blues boss Taylor says it’s vital the players “make sure they prepare and recover right” through the demanding playing schedule which lies ahead.

Limerick will not have played a fixture for 17 days when they host Shamrock Rovers at Thomond Park on Tuesday night.

The Blues picked up a precious point in a 0-0 draw against title-chasing St Patrick’s Athletic’s last time out.

“When you’ve had a good performance like that (against St Pat’s) and the spirits and confidence are high, you want the next game to come straight away,” Taylor said.

“But in all honestly we’re always looking to be playing games. It’s part of our development. You learn more playing games than you do in training.

“There is so much you can do in training, it’s an education, but when you’re actually trying to test yourself – as we’ve been doing all season – that’s when you learn more, playing competitive games.

“We’ll only be able to tell when we come back from the break what our response has been. We’ve made the most of the time that we’ve had off. We’ve been working on specific things in training.

“We’re looking to progress again from our performance in the last game. We progressed from the Sligo game and now we’ve got to do the same again.

“We’ve got three games in six days so it’s going to bring a difficulty towards our programme. We’ve got to make sure that we prepare ourselves right and recover right. We’ve got three massive games coming up.”

Taylor believes it is crucial Limerick finish the season off on a high.

“It’s a big thing I’ve asked the players, to play every game like a cup final, but in the home games to give that little bit more because we need to go and showcase ourselves for next season,” Taylor said.

“We need to go and have a right good end to the season. We’ve got three home games left which are massive for us.

“We’re looking for big crowds for the last three games and we’re looking to show the supporters a little bit of what we’re going to be all about for next season.”