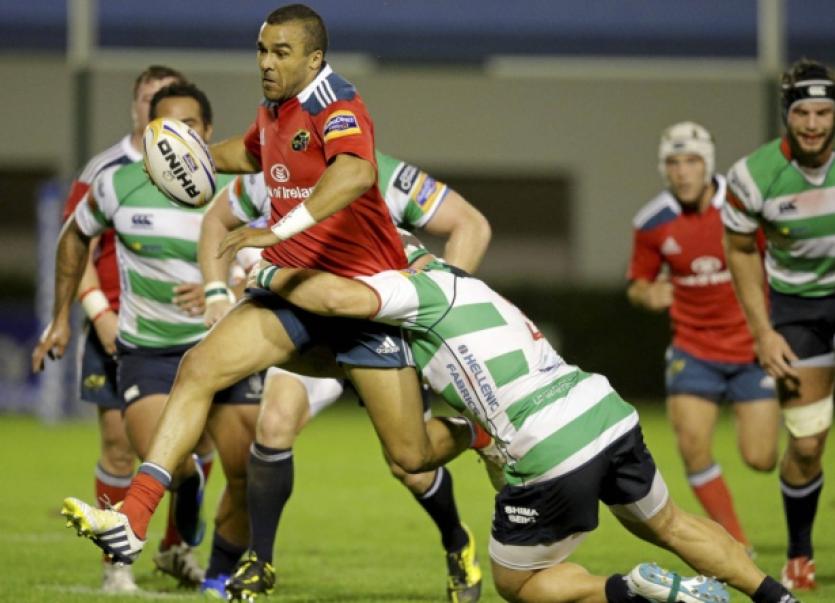 Munster had four players yellow-carded as they went down to a 29-19 loss to Treviso in Italy on Friday night.

Munster had four players yellow-carded as they went down to a 29-19 loss to Treviso in Italy on Friday night.

Stephen Archer, Cathal Sheridan and Duncan Williams were all sin-binned late on while Niall Ronan was also yellow-carded earlier in the game.

Munster welcomed back some of their big guns for this contest and it took only seven minutes for Simon Zebo and Keith Earls to link up and send Earls over in the corner. Ian Keatley missed the conversion and although former Leinster outhalf Matt Berquist hit back with two penalties, Munster regained the lead when awarded a penalty try, one Keatley easily converted.

However, another Treviso penalty ensured Munster were just 12-9 ahead at the break.

Munster stretched further clear in the second half when prop Stephen Archer touched down, again Keatley added the extras, but that was to be their last score as things began to unravel for Rob Penney’s men.

Ludovico Nitoglia crossed twice while Berquist added both conversions and two extra penalties. And the game turned into a farce for Munster as both scrum-halves - Williams and Sheridan - were sin-binned in quick succession and Archer joined them before the finish.