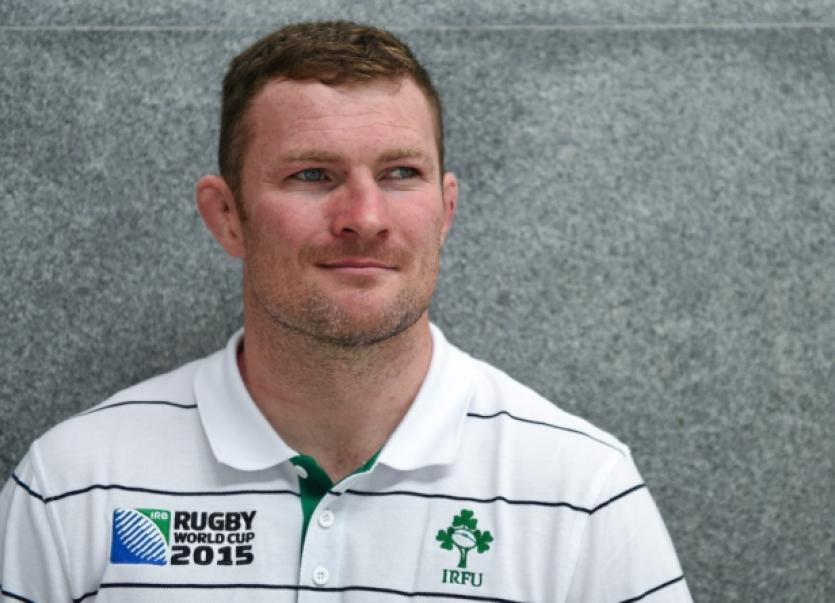 Munster second row Donnacha Ryan gets his first start of this World Cup along with his provincial team mate, full back Simon Zebo.

Limerick’s Keith Earls is one of three players to retain their places from the side which defeated Canada last weekend. Jared Payne and Jamie Heaslip are the other players retained.

Number 8 Heaslip will captain his country for the 11th time, taking over from the benched Paul O’Connell. Devin Toner partners Ryan pair up in the engine room, while loosehead Cian Healy returns for his first Test start since March’s Six Nations win over Scotland. He is joined in the front row by World Cup newcomer Richardt Strauss and Nathan White, who is set for his fifth cap.

Leinster duo Ian Madigan and Limerick scrum half Eoin Reddan come in for their second Test start together at half-back, having previously lined out alongside each other against Georgia last November.

Ulster’s Tommy Bowe is the only survivor from Ireland’s 43-12 victory over Romania back in November 2005.

O’Connell is poised to become Ireland’s most-capped forward if he wins his 106th cap off the bench. Limerick hooker Sean Cronin, Jack McGrath, Sean O’Brien, Munster scrum half Conor Murray and Rob Kearney are the other replacements who were involved in the Canada game, with youngsters Tadhg Furlong and Paddy Jackson standing by to make their World Cup bows this weekend.