Russell vows to battle on as Limerick FC boss 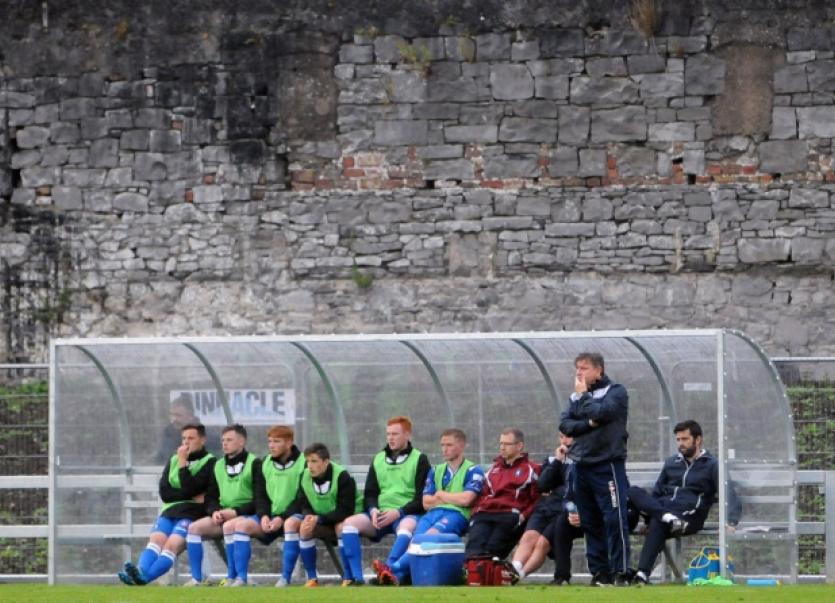 LIMERICK FC manager, Martin Russell insists he has no intention of stepping down from the position, despite the Blues’ struggles at the foot of the Premier Division table.

LIMERICK FC manager, Martin Russell insists he has no intention of stepping down from the position, despite the Blues’ struggles at the foot of the Premier Division table.

Limerick have picked up just five points from their opening 19 top flight fixtures this season and have been cut adrift in the relegation battle.

Resilient Russell said he was determined to remain in charge of the Blues, unless he is forced to leave the role.

Russell said: “I have been committed to the job. Until I am told otherwise, I’m more than happy to do it because of the potential I see in the club. It is not where I envisaged us being at the end of last season and there are a whole host of things which have gone against the club.

“The important thing is what the club does now, how it keeps moving itself forward and whether it is with Martin Russell or not, the club has great potential.

“But it has to do a number of things. One of those is to get more quality into the first team squad, more competition for places.

“Even if I walked out that would be the case or if I was shown the door, that would be the case. Again, the immediate thing is to try and get some competition. For next week that will be the focus. Long-term there is no reason why if Limerick does its business on or off the pitch it cannot go well.”

Russell said he hopes to bolster his playing squad in time for Friday night’s key trip to the Brandywell to take on Derry City.

Russell said: “We will look to add to the squad for the Derry game. On top of that, you will have the likes of Robbie Williams back in contention. There is potential that if we get the ones in that we would like to, we will have a stronger selection next week and that’s a step forward.

“As a manager you try and put a competitive side out. You got to look at the overall picture and ask did I leave someone out tonight who would have made a difference, that has made a difference before. You will never always get it right, but as I said before, the team has picked itself tonight.

“We were down to the bones probably too much. We haven’t got the strength in depth or the competition either. Certain players know that they can play to whatever level and they have a chance of playing next week.

“That is why the quality of the squad is important. We haven’t had competition from day one. This is where we are now. It is what we do about it that’s the thing.”