‘It’s been a disappointing year’ for Limerick - TJ Ryan 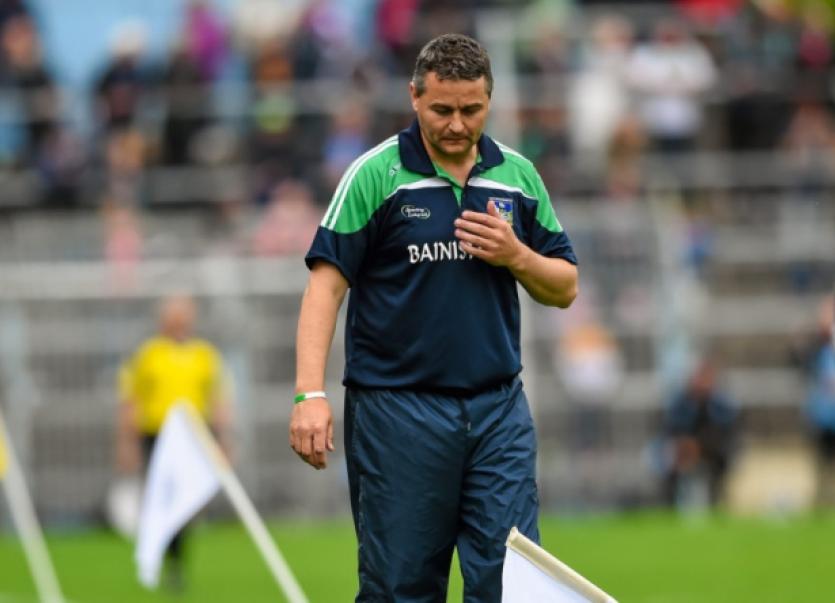 TJ Ryan cast a forlorn figure as he made his way back along the tunnel after visiting the victorious Dublin dressing room.

TJ Ryan cast a forlorn figure as he made his way back along the tunnel after visiting the victorious Dublin dressing room.

“It is very disappointing to come up one point short and the opportunity for which ever team won today was to go and have a crack off someone in the quarter final and maybe get into the last four. We came up short by one point and that’s bitter and hard to swallow,” explained Ryan to the waiting media.

“It’s hard - any loss is hard, losing in front of our own fans by 16 points (Tipperary game) was hard too. When you lose, you lose - winning is everything and second is nowhere,” he sighed.

“We had 10 wides in the first half and were well on top of Dublin. I thought we got the goal at the right time and in fairness to them, they got a couple of scores before half time,” he recalled of the game’s change of direction from a 1-7 to 0-2 lead to the interval score of 1-8 to 0-7.

He added: “We spoke about the wides and the use of the ball to the lads inside. We had 10 wides and should have been more in front because we hurled well in that period - we didn’t start the second half well and gave Dublin a platform to build on”.

“We had a four-point lead and were trying to come out and start the second half well but they started way better and got the scores and were moving that bit better. We got a way back in and got some good scores but Dublin finished stronger.”

The result means Limerick exit the championship before the quarter final stage for the first time since 2010.

“I thought the aggression levels and tackling out there were as good as last year at times. For me, I thought we got pulled and dragged all over the place and I thought we should have had more frees. That’s not sour grapes that’s just what I saw. In the finish Dublin got the scores and we didn’t,” he outlined.

Ryan praised his players for their 2015 commitment.

“That’s a majorly disappointed dressing room - bitterly disappointed. It’s been a disappointing year and to look back at it I would be disappointed and the players are disappointed - it’s hard to put a finger on it because what they did for the last number of months was put their lives on hold for this and trained really, really hard.