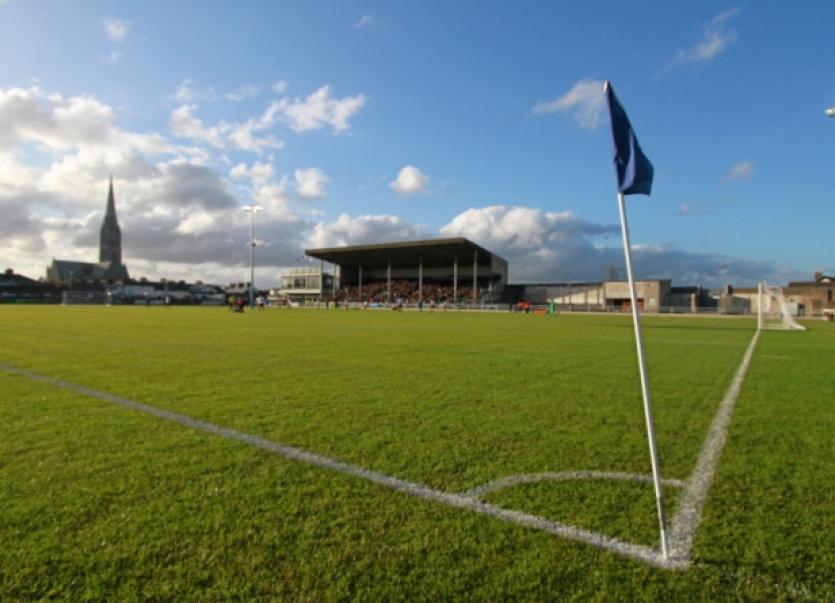 RESILIENT Limerick FC gained a precious 1-1 draw with English Championship newcomers MK Dons in their lively friendly played out before an estimated 500 spectators at the Markets Field this Tuesday night.

RESILIENT Limerick FC gained a precious 1-1 draw with English Championship newcomers MK Dons in their lively friendly played out before an estimated 500 spectators at the Markets Field this Tuesday night.

Substitute Dean Clarke bagged a share of the spoils for Premier Division strugglers Limerick FC when he clinically fired home in the 87th minute much to the delight of the enthusiastic Blues supporters.

Martin Russell included recently signed Bermuda international goalkeeper Freddie Hall in the Blues starting line-up, while the Blues featured another new face in defender Patrick Kanyuka, who turned in an impressive display. Kanyuka was replaced on the hour mark to chants of ‘Sign him Up’ from Limerick fans in the main stand.

The MK Dons included Irish international midfielder Darren Potter, who won five senior caps in 2007 and 2008 in their starting line-up.

The MK Dons took the lead just after the half hour mark from a free-kick awarded after Robbie Williams fouled Dons’ striker Ben Reeves. From the resultant free-kick and in keeping with Limerick’s bad luck this season, captain Dean Lewington scored courtesy of a deflection. It was the skipper’s fourth goal in three games.

Limerick came agonisingly close to netting an equaliser two minutes later but Ian Turner was denied when his effort on goal was saved by Dons’ ‘keeper David Martin.

The English side maintained their one-goal advantage until half-time. Limerick FC manager Martin Russell rung the changes at half-time, making no fewer than six substitutions.

Six minutes into the second half, MK Dons could have doubled their lead but Dale Jennings shot, from a Jordan Spence cross, crashed back off the crossbar.

The Dons also made wholesale changes on the hour mark which unsurprisingly disrupted the continuity in the game. Among those introduced by the English side was former Irish U-21 international winger Samir Carruthers.

Limerick FC came within a whisker of grabbing an unlikely 85th minute equaliser when Shane Costelloe’s centre found Dean Clarkw, but the striker’s effort on goal was diverted out for a corner by the Dons ‘keeper.

However, clinical Clarke made no mistake when netting a dramatic equaliser two minutes from full-time. Limerick FC captain Shane Duggan was later selected as Man of the Match.

The MK Dons, who face First Division Cabinteely Utd in their final Irish friendly this Tuesday night, kick off their English Championship programme away to Rotherham Utd on Saturday, August 8.