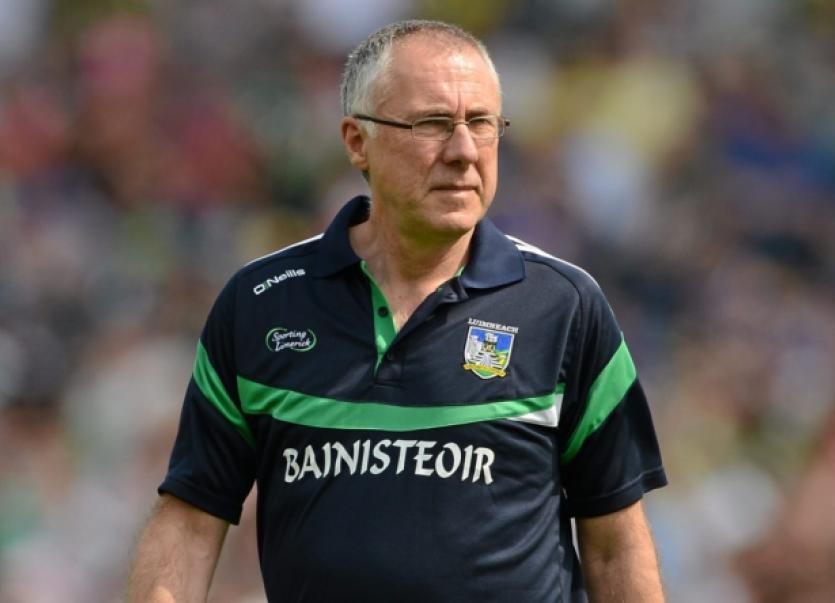 LIMERICK hurling manager John Allen is hoping that a raucous home vocal will help his side over the winning line on Sunday.

LIMERICK hurling manager John Allen is hoping that a raucous home vocal will help his side over the winning line on Sunday.

The Gaelic Grounds will be close to capacity for the Munster senior hurling final between Limerick and Cork and the manager is hoping that home comforts will benefit his side.

Allen can still remember how the Limerick support increased the decibels in the closing quarter of the semi-final win over Tipperary.

“If I was to be brutally honest before the last game I would have questioned what advantage it was because my own experience in this management was that we were hockeyed in our first league game against Clare and then came back in league final and again beaten by Clare,”outlined Allen.

“We hadn’t a great experience of playing in the Gaelic Grounds but we had our two qualifier games there last year and played really well.”

He continued: “The last day when we won a real serious game there and I would certainly have seen how vocal the Limerick supporters were in the last 15 minutes”.

“You can’t underestimate that you are training there and players know the goals they are shooting into,” said Allen.

Limerick broke their Munster SHC hoodoo with the win over Tipperary but the manager believes that there is room for improvement in his team.

“There is no day that you go out and the performance is perfect,” said Allen.

He added:“If you lose maybe the analyse is more forensic.”

“Obviously we struggled for a period at half forward, particularly after half time and because we struggled there our backs were under pressure and there was a lot of space created - hopefully that won’t happen the next day.”

But Allen was keen to support his half forward line.

“The two wing forwards have to do the most work in the team – they have to be under dropping balls, crowding out midfield. It’s a game that demands a huge amount of the wing forwards so they will run out of steam over 70-minutes,” he said.

“Trying to get the balance right is important – to have the hard workers there when the work needs to be done and have the scorers there when the game is opened up a bit,” outlined Allen, who is in his second season with Limerick.

Both Limerick and Cork will bring inexperienced teams into Sunday’s final but the manager is confident his players will be able for the occasions.

“Only Tom Kenny (Cork) has won a Munster medal on the field of play out of the two teams,” explained Allen.

“They are inexperienced teams so getting the most out of them and getting them in a good state of mind is important.”

“It will be a fairly traditional 15 v 15 game,” he surmised ahead of Sunday.