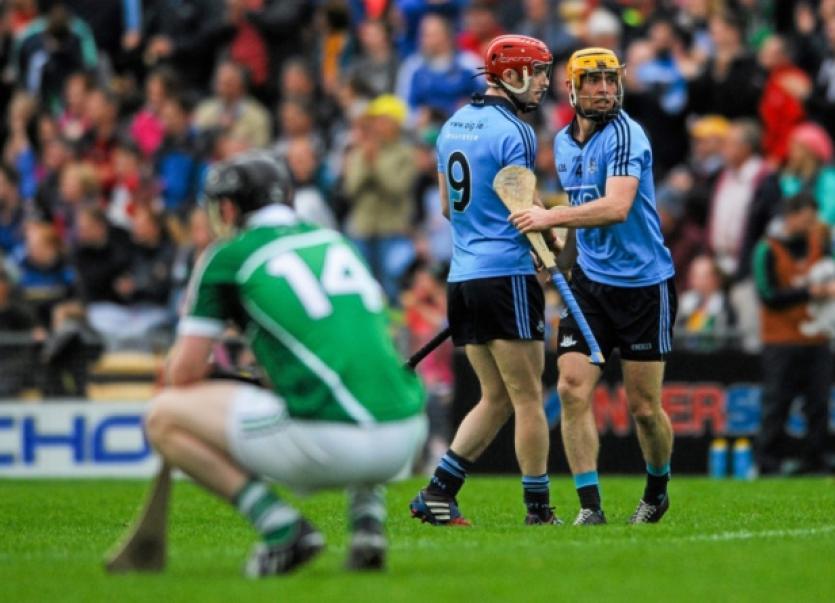 The Patrickswell man was speaking at the conclusion of a 20-minute debate at this week’s County Board meeting in Claughaun.

“All in all it was a very disappointing few days for Limerick GAA with the exit of two teams from the championship. We will be meeting with the managers in the next couple of days and we will also be meeting with the players reps from the seniors. Any views that are expressed here we will take note of and we will raise with TJ when we meet with him - that’s why I am throwing it open to the floor to get an overall view,” said Mann at the outset.

Delegates of just seven clubs (Camogue Rovers, Monaleen, Crecora, Croom, Adare, St Patrick’s and Galbally) were to speak out of an attendance of just over 30 club delegates.

Thirty two clubs are represented in the top three tiers of the Limerick hurling championship and delegates from just three were among those that offered opinions.

Limerick GAA chairman Oliver Mann was the only member of the top table to speak, albeit there was a brief confirmation of the impending review meeting with TJ Ryan from secretary Mike O’Riordan.

The executive officers had met on Monday night to air their respective views.

“It was a most disappointing result - I am not so sure what the problem is but we seem to have a lot of problems that badly need to be addressed before we make any progress. The big disappointment is that we fell from such heights of the last two years,” said Murnane.

“I would be worried about our whole approach to the league - after we drew with Waterford in the first game we seem to have lost interest after that and again our display in the quarter final against Dublin was disastrous.”

He added: “I am only scratching the surface but there is definitely something wrong - whether it is the training, coaching or management”.

Monaleen’s Leo Morrison questioned the fitness of some players.

“We went eight points up and that was the time to launch a savage attack on them - I saw in the newspaper last week where they had bulls running the streets in Barcelona or Madrid, well we should have been like bulls after them when we were eight points up. Our level of fitness wasn’t comparable to the level of fitness in the second game in Thurles last Saturday or to the game on Sunday - is it too much training or not enough?”

Crecora’s John McCarthy spoke of a failure to learn lessons.

“We are all disappointed after what happened but in relation to the whole thing what I would be most disappointed about was the league game against Dublin last spring. Nothing seems to have been learned and nothing changed,” said McCarthy.

“I can honestly say that the work rate of 70% of the players was exceptionally poor - if you want to win something, you have to work and you need only look at other teams. I know they give the time but someone has to ask the hard questions. Where is the motivation to drive fellas on…… I saw one particular player leaning on his hurley - if you saw a 14-year-old at it you would be telling him,” he stated.

“The skill level wasn’t near as good as it was 12 months ago - the first touch is exceptionally poor for a lot of the players. We would forgive them like we did 12 months ago when they were beaten by Kilkenny a better team, but last Saturday evening the opposition weren’t a better team but we just didn’t want it - there is something definitely wrong that needs questions to be asked.”

A failure to revitalise the senior hurling panel was raised by Croom’s Alan Sheerin.

“There seems to be very little change - there are form players with their clubs and the Limerick intermediates that got to a Munster final. We were very slow to bring on fellas,” he said.

“We need more competition for places - what surprised me was that we had some great minor teams and they should have been brought on.”

Another issue raised was a lack of team-work.

“Some players seem to play as individuals - there were times last Saturday when players were under pressure and didn’t pass the ball but took impossible shots. To me that’s selfish not to play as a team,” outlined Adare’s Sean Heffernan.

Limerick’s league status was a concern for Paddy Quilligan of St Patricks.

“We are after spending five years in Division 2 and with that standard of player when it comes to the championship you have a false impression. Forget about All Irelands and get back into Division 1. I think our priority should be to get out of the league so we know about our players coming championship,” stressed the former Limerick GAA treasurer.

Limerick chairman Oliver Mann said that all views would be raised in their review with TJ Ryan.

“It’s 11 months ago that TJ Ryan was appointed by this committee on our recommendation for a three-year period with a review after 12 months and another review after 24 months. That’s the way we will be proceeding - we will meet with TJ and we will be reviewing the whole year from last August right up to now. That will probably take more than one meeting and we would hope to have a report for the next County Board meeting in August with our view and how we propose to proceed for 2016,” said Mann.

“We will report back - there is huge onus on us, Mike (O’Riordan), Donal (Morrissey) and myself, to ensure that the right thing is done for Limerick going forward.”

“I will say this much - the number one aim as far as I’m concerned is for 2016 is Division 1A. I would at this stage say championship doesn’t matter - Division 1A has to be the target and after that things would fall into place. You get away with stuff in Division 1B that come championship you won’t get away it and that’s what it’s imperative. To get to the top level, you have to be playing the top teams. I honestly believe that’s how we can progress.”