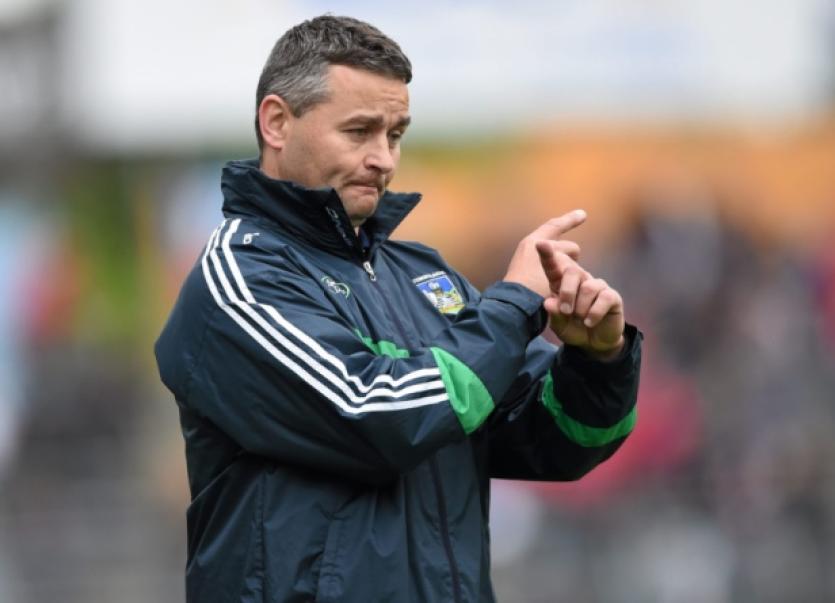 If TJ Ryan is to stay at the helm he needs to alter his backroom team, writes Jerome O’Connell as Limerick reflect on a disappointing season.

If TJ Ryan is to stay at the helm he needs to alter his backroom team, writes Jerome O’Connell as Limerick reflect on a disappointing season.

UNFORTUNATELY Limerick GAA finds itself more on a roundabout than at a cross-roads after a forgettable season for the flagship senior hurlers.

Limerick went toe-to-toe with the best in the last four years of championship with the highlight a performance in the All Ireland semi final defeat to Kilkenny last August.

Within days TJ Ryan was rubber-stamped for a new three-year term as Limerick hurling manager.

The quest was to build on the annual improvement but the result has been quite the opposite.

Hindsight is great but much needs to be rectified ahead of 2016.

TJ Ryan has another two years to serve on that three-year term. But only if the wrongs of 2015 are righted.

There is no denying the commitment to the cause because over 100 training sessions is no mean commitment but if TJ Ryan is to remain at the helm, he needs to alter his backroom team.

All gave it their best, but the future is too precious for the unit to be afforded another season en-bloc.

Donal O’Grady departed as joint-Limerick manager in April 2014 but more importantly he was also team coach. Sure, Limerick reached great heights last year but from start-to-finish in 2015 Limerick have been flat, lacklustre and at best, inconsistent.

The warning signs were there, but the errors from early in the year were never corrected as the season progressed.

Throughout this season Limerick were far removed from last year in terms of first touch and use of possession.

That has to come down to coaching or a lack of concentration/motivation on behalf of the players.

Another contributing factor appears to be the conditioning of the players.

Mark Lyons is in his third season as strength and conditioning coach and especially in 2013 had the players in fine fettle but perhaps a new voice may bring fresh results from the panel, especially when pace and power are such essential requirements at the top level.

Of course the players must also take responsibility in this regard with much of the onus an individual choice.

There is no denying that the decisions that lie ahead will not be easy for TJ Ryan and the main officers of Limerick County Board, who are to meet in the coming days to review the season.

Without change to his backroom team, TJ Ryan may not get to see out the remaining years of his term.

While change is needed in the management set-up, change will and must also come in terms of the playing panel.

Starting this Thursday night with the county U-21 team and continuing into the local championships, those who really want to be inter-county hurlers have to put their hands up for selection.

The Limerick team that started last weekend is one of the most experienced in the championship with just two players U-21 in the 30-man panel.

The age profile must change and the remit for the 2016 management must be as such.

If the new season has to be a ‘year of transition’ so be it. The change need not be a total wipeout but an influx of fresh faces can provide the necessary competition to push the ‘regulars’ to new heights.

If TJ Ryan, the players and Limerick GAA officials are being asked to make tough decision, then the wider Limerick GAA community could also do likewise.

For all the anger of the past week, how many of the 68 Limerick GAA clubs called committee meetings to instruct their delegates to raise issues at this Tuesday’s County Board hurling debate? How many club members called on their club officials to call those meetings?

Action speak louder than words as the coming weeks will need to show.