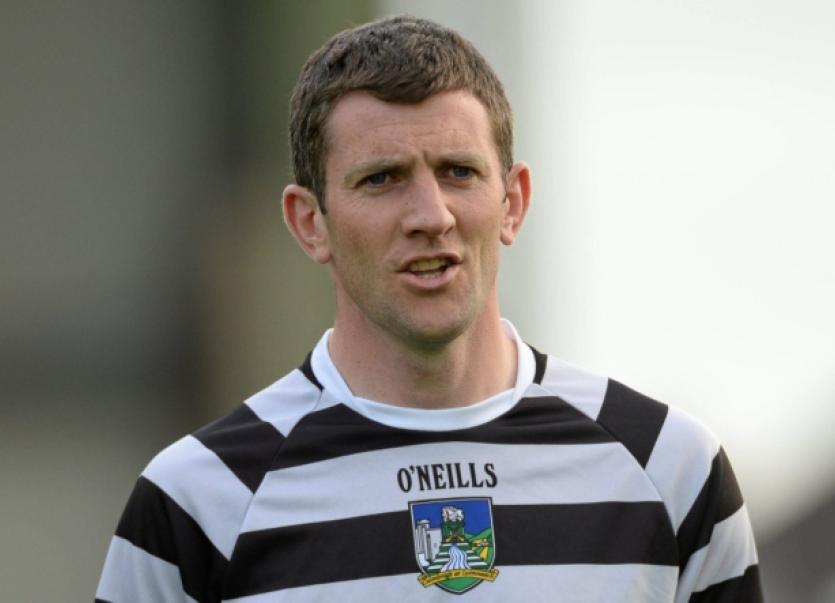 WHEN Donal O’Grady closes his eyes he can picture the scenes, but the Granagh-Ballingarry man quickly reins himself in.

WHEN Donal O’Grady closes his eyes he can picture the scenes, but the Granagh-Ballingarry man quickly reins himself in.

“It’s what dreams are made of - all I ever wanted to do was play for Limerick when I was underage, not to mind being captain on a Munster final day,” he explained.

What about the final whistle in the Gaelic Grounds to signal a Limerick win.

“I can imagine what the feeling would be like but I am too afraid to let myself get too carried away,” said the Limerick captain with a smile.

“I can’t wait for it. I am really looking forward to it. I try not to think of it but of course I have visions of me lifting the cup - there is not point saying otherwise. I wouldn’t be a man to make a speech - no one will remember my speech if we win the Munster title,” he joked.

O’Grady and Seamus Hickey are likely to be the only survivors from the starting team from the 2007 Munster final defeat.

“What it means is that there are 25 lads that are new to a Munster final, which in one way is a disadvantage but the five of us are not shy of driving it home how important it is that it’s a match and the occasion is for the supporters. We can enjoy it if we put in enough effort.”

He explained: “We just have to distance ourselves - its a mistake in my playing career that teams have made. It’s a hard thing in Limerick because the support is genuine and they love to see Limerick hurling doing well. Hurling is a big thing in every part of the county so from that point of view - we need to stay focused on the task and not get carried away with the hype and atmosphere that is going to be there.

“It will be interesting to see which team reacts best to the occasion,” said the Limerick captain. John [Allen] is very open to getting out and seeing some of the game before. I think that is a good thing for players. Some teams distance themselves and stay away and all of a sudden come out of the dressing room and get the shock of their lives. Even though against Tipperary the atmosphere was great, there was still a full terrace empty and it took from it a bit. A full Gaelic Grounds will be serious.”

The thoughts of a packed Gaelic Grounds is something that O’Grady is ready to thrieve on.

“I can’t wait for it - there is a small bit of trying to tapper yourself to come right the week previous but things seem to be going well. Thats why we train hard, to play these games big matches,” said O’Grady.

The scenes at the final whistle of the semi-final win over Tipperary still mean a lot to O’Grady: “No doubt about it. Limerick had been there or there abouts but getting over the winning line was a big problem for us.

“For me it was just utter relief and a sense of satisfaction that the supporters had a good day because they had a lot of bad ones - it was a way to pay them back.”

What of Cork? “Everybody will say that Clare didn’t play but I was impressed with Cork. I thought they didn’t panic after a bad started and just tipped away with scores and finished with 23-points, which is a good return against Clare, who had beaten them three times before this year,” said the proud Limerick captain.