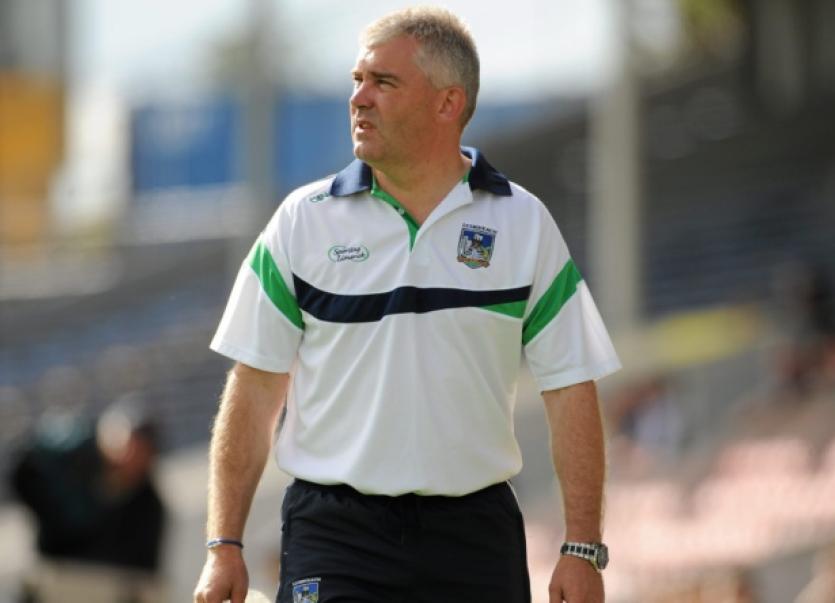 LIMERICK minor hurling manager Leo O’Connor insists that his side are ready to bounce back into contention in the Munster championship.

LIMERICK minor hurling manager Leo O’Connor insists that his side are ready to bounce back into contention in the Munster championship.

This Wednesday evening O’Connor leads his teenagers to Thurles bidding to reach the provincial semi final via a backdoor victory over Waterford.

This clash with The Decies is a repeat of the last two Munster minor finals, both of which Limerick won after replays.

Limerick travel to Thurles attempting to bounce back from the 2-20 to 1-13 defeat to Cork in round one.

“There has been a bit of a strike back alright. We played challenge games since against Clare and Tipperary and everything has gone well. We have our three injured players Brian Ryan, Conor Houlihan and Mikey Mackey all back in the panel as well,” said Leo O’Connor yesterday.

“We all know that if we lose down in Thurles that it will be the end of the minor championship for us all,” added the manager in reference to Limerick’s progress to Croke Park for the past two seasons.

“We are looking forward to it. We have looked back at videos and hope that we have corrected what went wrong against Cork.”

He added: “We know Waterford will try and crowd the middle area of the field and we are ready for that.”

Limerick’s management have made three changes to their side for this evening’s game, which has a 7.00 start.

Leo O’Connor brings his side to Semple Stadium bidding to book a Munster semi final against Cork in the Gaelic Grounds on July 1.

As well as changes in personnel, O’Connor, coach Anthony Daly and selectors; Brian Foley, John Mulqueen and Pat Donnelly have made a series of positional switches to the side that lost to Cork in round one in Pairc Ui Rinn.

Five of the Limerick team remain from the side that beat Waterford to retain the Munster title in a replay last July in Thurles - Eoghan McNamara, Paddy O’Loughlin, Conor Byrnes, Seamus Flanagan and Peter Casey.

Back into the team after injury are Brian Ryan and Conor Houlihan, both of whom were part of the panel that reached the All Ireland final last September. Also into the team comes Willie O’Meara, who impressed as a sub in the defeat to Cork.

Dropping out of the line-up are Ciaran O’Connor, Colum Carroll and Micheal Bourke.

There are alterations to every line of the Limerick team, which is captained by goalkeeper Eoghan McNamara.

His Doon colleague Thomas Hayes moves from midfield to corner back, while Houlihan comes into the side at wing back.

The new midfielder partnership is O’Meara and Thomas Grimes, who started wing forward in Cork.

Seamus Flanagan moves from full forward to centre forward with Kyle Hayes continuing on one wing and Brian Ryan getting the No12 jersey.

Na Piarsaigh’s Peter Casey moves from centre forward to corner forward to join Darragh Carroll and Barry Murphy in the inside line of attack.