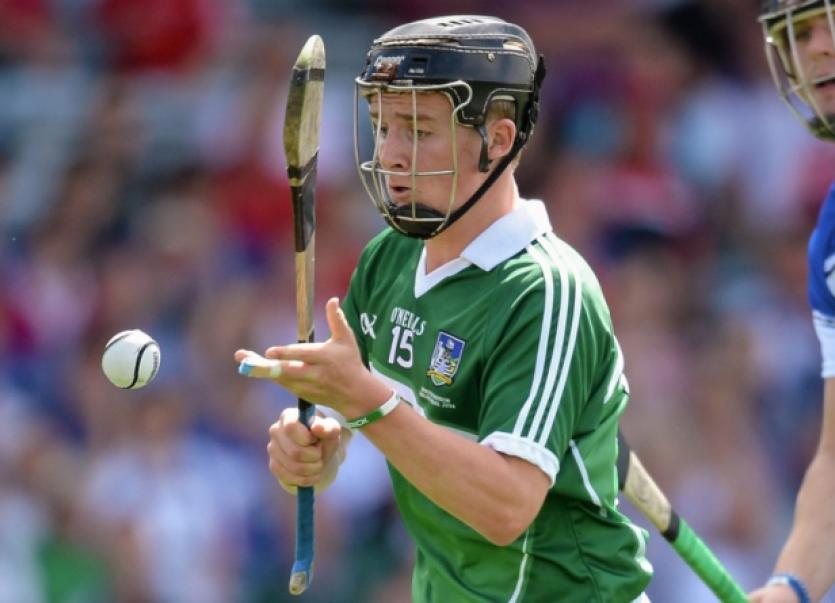 LIMERICK booked their place in the semi final of the Munster minor hurling championship this Wednesday evening with a 0-18 to 1-10 play-off win over Waterford in Thurles.

LIMERICK booked their place in the semi final of the Munster minor hurling championship this Wednesday evening with a 0-18 to 1-10 play-off win over Waterford in Thurles.

The win secures Limerick a July 1 semi final against Cork in the Gaelic Grounds.

Limerick trailed at half time but turned in a top class second half performance, in which Waterford failed to score from play.

The win gives the Leo O’Connor managed Limerick another chance to beat Cork, whom they lost to in round one in Pairc Ui Rinn.

Limerick were guided by scores from goalkeeper Eoghan McNamara and Peter Casey in front of 1267 in a wet Semple Stadium.

It was a half that sw Waterford hit six wides and Limerick three.

After 12-minutes Waterford were 0-4 to 0-1 ahead with Kyle Hayes getting the Limerick score in the third minute.

But Limerick almost had a goal in this period only for Barry Murphy to be denied by goalkeeper Billy Nolan.

Willie O’Meara and goalkeeper Eoghan McNamara (‘65) had Limerick scores to leave it 0-5 to 0-3.

Then in the 20th minute came the Waterford goal. Captain McNamara saved the initial drive from Aaron O’Sullivan but the corner forward was on hand to fire the rebound to the net.

Waterford were 1-7 to 0-4 clear with five minutes to the break.

Then Limerick came to life with three successive points to end the half.

Peter Casey from play and from a free and then Murphy had the Limerick points to send the teenagers to the dressing room high in confidence, albeit three points in arrears.

Limerick were denied a goal in the final minute of the half when the goalkeeper again advanced off his line to stop the progress of Hayes, although his angle was tight along the endline.

On the change of ends, Limerick were a changed side from the off.

Driven on by the half time words of management they upped the work rate and took their chances in front of goal.

Four quick fire points had Limerick ahead after just five minutes of the second half with captain McNamara leading the way with score from placed balls.

When Peter Casey scored in the 42nd minute Limerick were 0-12 to 1-7 clear and Waterford’s wides tally increasing.

It was to be the 18th minute of the half when Waterford reopened their account.

Indeed The Decies weren’t to score from play in the second half.

Darragh Carroll and Casey (free) eased Limerick over the line.