Limerick’s Breen and Quaid ruled out for Clare clash 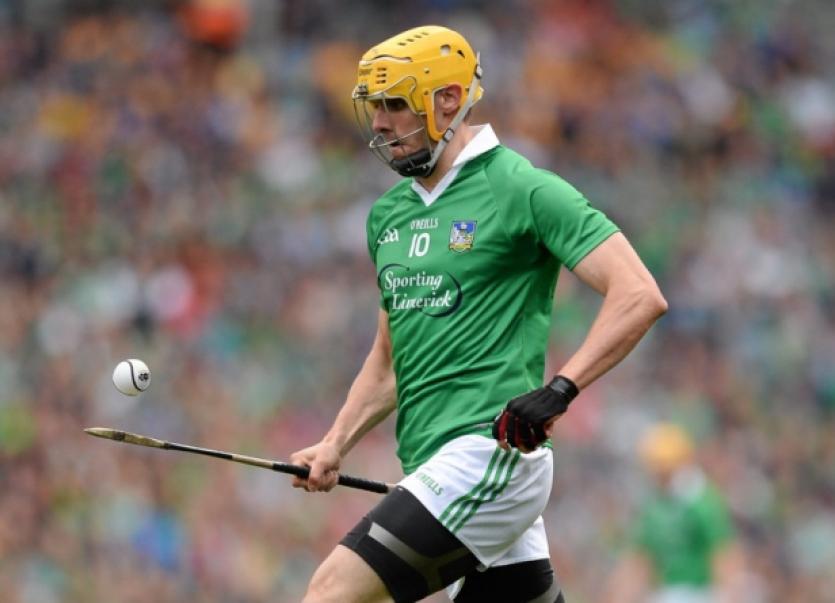 DAVID Breen and Nickie Quaid have been ruled out of Limerick’s Munster SHC clash with Clare.

DAVID Breen and Nickie Quaid have been ruled out of Limerick’s Munster SHC clash with Clare.

Limerick’s management are consigned to planning without the duo for the May 24 encounter in Thurles after injury up-dates.

Breen hobbled off injured 10-minutes from full time in Na Piarsaigh’s Limerick SHC win over Doon last Friday in Kilmallock. This week it was confirmed that he will miss up to six weeks after breaking a bone in his foot. He also missed an earlier part of the season with an ankle injury.

Nickie Quaid injured a collar bone in training last month but the latest up-date is that the goalkeeper won’t return until mid-June.

There was some good news for the Limerick hurlers over the Bank Holiday weekend.

All Star Seamus Hickey and Kevin Downes both made their returns from injury for their club sides.

On top of that, captain Donal O’Grady returned to training with the inter-county side this week, although he didn’t line out with his club last weekend.

Round one of the club hurling championship was completed over the weekend and now the inter-county side have just under three weeks to prepare for the Munster SHC quarter final.

Seamus Hickey started with Murroe-Boher in his first game since sustaining a hamstring injury in the Allianz League quarter final loss to Dublin.

For Kevin Downes it was a first taste of competitive hurling in 2015 when he played the last 20-minutes for Na Piarsaigh. Downes has missed the entire season to-date due to a knee injury.

This Sunday evening (7.00) Hospital hosts an ‘A v B’ trial game as the countdown gathers pace. Then late next week a final workout for Limerick when they play Wexford in a challenge game.

Prior to the break for club games, Galway and Waterford provided opposition in post-league challenge games.

Both games saw TJ Ryan and selectors, Paul Beary, Mark Lyons and Davy Clarke make some positional switches with their regular line-up. Gavin O’Mahony started both games at centre back, with Paudie O’Brien in midfield and Paul Browne at wing forward. In the absence of Nickie Quaid the goalkeeping position was shared between Aaron Murphy and Barry Hennessy.