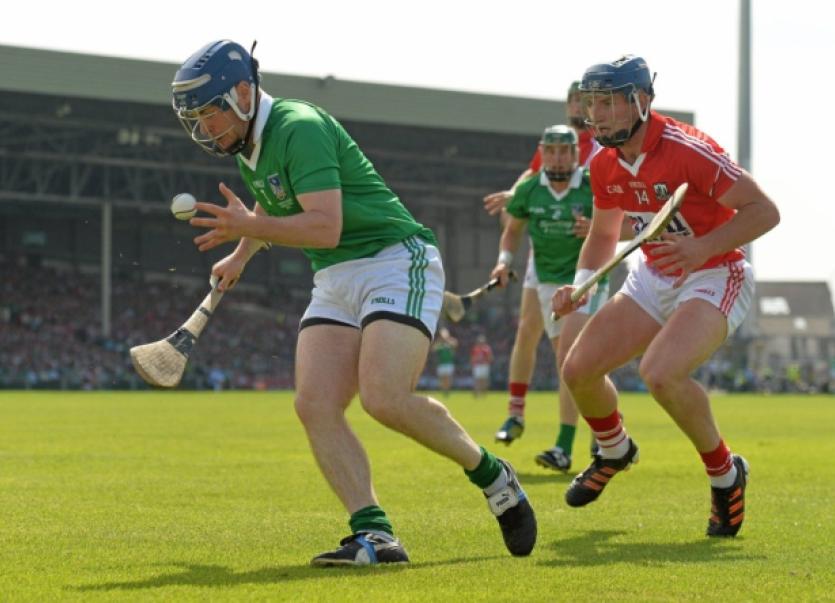 LIMERICK are Munster hurling champions for the first time since 1996 following a 0-24 to 0-15 win over Cork in the Gaelic Grounds on Sunday afternoon.

LIMERICK are Munster hurling champions for the first time since 1996 following a 0-24 to 0-15 win over Cork in the Gaelic Grounds on Sunday afternoon.

Limerick are provincial Champions for the 19th and John Allen’s side did it in style.

Not content with dethroning champions Tipperary in the semi-final, Limerick were able to bring their game to another level to beat Cork in yesterday’s thrilling final.

Backed by a majority of Limerick supporters in the 42,730 attendance in the sun baked Gaelic Grounds, Limerick never really looked in any trouble in a superb second half performance.

Jimmy Barry Murphy’s Cork had asked questions of Limerick in the opening half but once the home side hit the front in the second half there was no denying victory.

In first half injury time Cork were reduced to 14-men when Patrick Horgan was red carded for a wild pull on Paudie O’Brien and The Rebels never recovered.

Or in deed they were never allowed the recover. They were to score just five points in the second half as Limerick assumed control to ease towards a nine point win.

Not the in wildest dreams could Limerick supporters have thought that the title would be all but secure with five minutes to play.

Such as the margin in the end that all four sides of the playing surface were lined with eager Limerick fans ready to embrace their new heroes at the final whistle.

From the very throw-in Limerick laid down a marker and resumed the same high tempo performance that had seen them past Tipp.

Paudie O’Brien fired over from distance within 30-seconds.

By the seventh minute mark, the lead was 0-4 to 0-1 with James Ryan getting through a lot of work to maintain traffic towards the Cork goal.

But Cork eventually found their feet and led 0-5 to 0-4 with 15-minutes played.

Indeed they went close to goal but for some last ditch defending from Nickie Quaid and his full back line.

But after 11-minutes without a score Limerick settled with Graeme Mulcahy pointing.

From there to the interval it was nip and tuck.

Cork looked to take a lead to the dressing room but Sean Tobin and a Declan Hannon free tied up the game for the fourth time – 0-10 each.

But the first half had one final twist.

The game was in injury time when Patrick Horgan was shown a straight red card.

Limerick resumed with Richie McCarthy as the extra man and as the game progressed the luxury of a spare man in defence was to prove key.

Mulcahy reopened the scoring inside a minute but two frees from Cork sub Jamie Coughlan had the game at 0-13 to 0-12 with nine minutes gone in the second half.

In the remaining 24-minutes Cork were to score just three times as Limerick hit them for 11 points.

Seanie Tobin set the ball rolling and Declan Hannon followed with another point and all of a sudden the lead was three points and the Limerick subs began their now customary introduction.

Shane Dowling was first and within five minutes he found the range to stretch the lead.

Then came one of the scores of the game when Limerick worked the ball through defence to Seamus Hickey in the half forward line. He found James Ryan, who duly fired over his third point of the day to open a five point lead.

Limerick took over from here.

Hickey pointed, then a Declan Hannon line ball curled between the posts and Paul Browne latched onto a loose ball to punish Cork.

Limerick were on a roll and weren’t to be stopped. Dowling added to his tally and with five between the sides even the most hardened Limerick fan was daring to dream.

Another sub – this time Kevin Downes. First touch and another point. The gap increased and the nerves eased.

Limerick were to be Munster champions. Niall Moran was the last of the five subs and he had the final say on the scoresheet.

The wait to ‘96 proved too much of a wait for some as the pitch invasion commenced but it was almost worth the wait to see the scenes on the pitch at the final whistle.