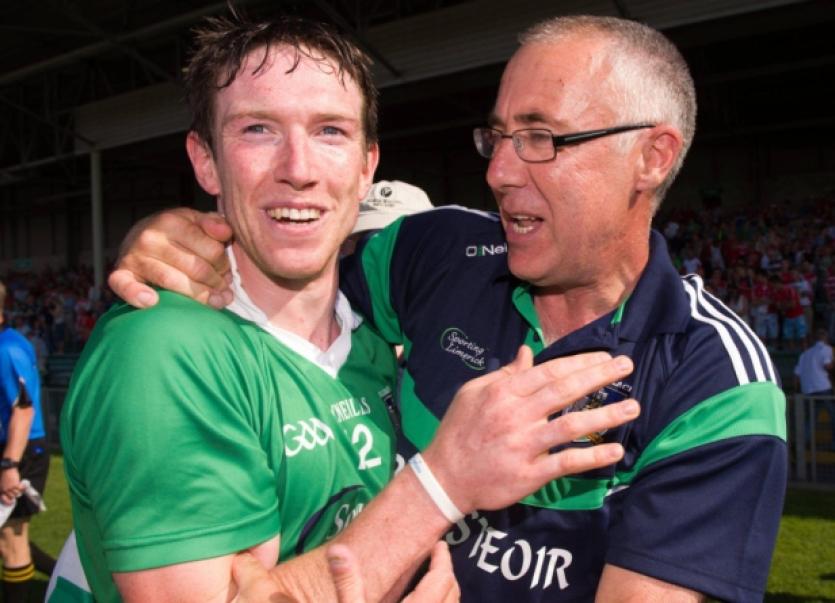 LIMERICK manager John Allen has heaped praise on his players, deflecting any attention away from himself.

LIMERICK manager John Allen has heaped praise on his players, deflecting any attention away from himself.

Allen came to Limerick in the Autumn of 2011, replacing another Corkman Donal O’Grady.

In Allen’s two year stint Limerick have had their setbacks but the former Cork All-Ireland winning manager constantly emphasised that LImerick were on a journey.

Yesterday, they reached that journey and defeated his native county.

“I am so delighted for the players because they have put in a hugh amount of work for this - all inter-county players are hard working but these players are very honest and I am thrilled for them,” he said.

“This is about the players and everyone else in the back room team - I am only pulling the strings together right now. It’s about a honest hard working group of players,” he stressed.

“You allow players to be leaders on the field because they have to be - there is no point me shouting from the sideline. Over the last year and a half we have tried to ensure that they know what they are doing - they knew what to do when we had the extra man and we played it properly. There was a plan and the players stuck to the plan and fair play to them.”

Allen went to the losing Cork dressing room afterwards but admitted to no mixed feelings.

“There is a bound that develops over time and I am wearing a Limerick jersey now,” he said as he accepted more congratulations at the victorious dressing room door.

“It’s a great feeling with minutes to go that we knew we were going to win - often they go down to the wall. We were able to use five subs and it was great to see Niall Moran come in and get a score and win a Munster medal. I was particularly delighted as one of the older players that he won it on the field,” explained Allen.

“We never dominated the first half and while we started well enough we were never in charge of the game but we took a hold of the game straight away after half time and played much better I thought. I won’t say I could never see us loing the game but we were in command for most of the second half.”