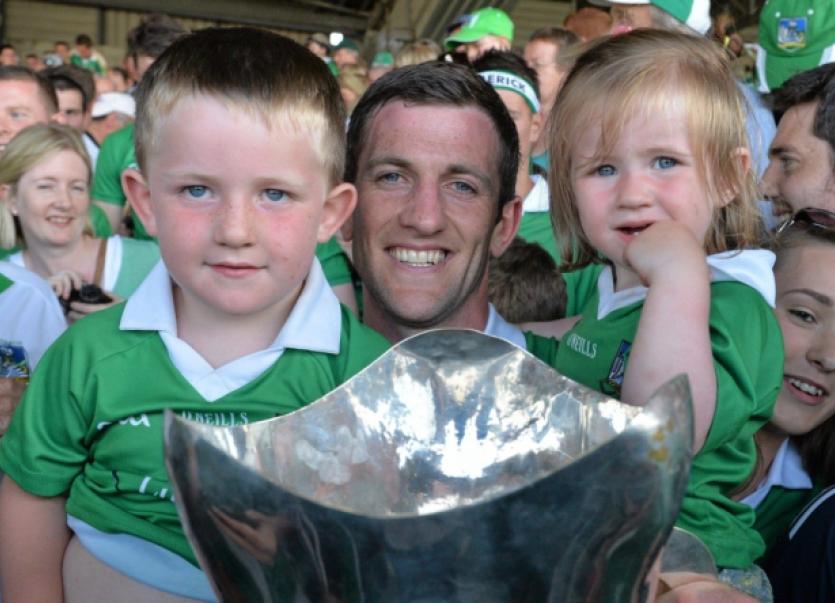 It was over an hour and a half since he lifted the Munster senior hurling championship cup in the Mackey Stand and still he couldn’t stop smiling.

“It’s sport and its unbelievable - the hair stood on the back of my head about 10 minutes to go,” he explained.

“It’s so hard to put it into words,” he gasped.

“When we were eight up, I felt we were getting the scores at the right time, which is crucial. We got two or three and then they came back with one or two but we got one, two, three, four and I remember giving a smile to Wayne Mac that we were safe,” he recalled of the final minutes.

“I couldn’t believe that my father was one of the first on the field and its about the first time that I have seen him in on the field since I started to hurl,” he said with a broad smile of contentment.

“It’s just great - we weren’t going to leave it after us today,” he stressed.

“We knew there was a big game in us and it wasn’t going to be for the want of trying.”

He recalled the hurt of losing April’s Division 1B hurling league final to Dublin and said that pain was a motivating factor.

“I think losing the Division 1B league final was a factor - there was such hurt in that dressing room. It wasn’t too long ago and that hurt was there for Tipperary and John Allen drove it home to us about remembering that dressing room,” outlined O’Grady.

“The one thing that we drove home was that we wanted to play the game and not the occasion. I thought in the first half we were under a little bit of pressure and weren’t hurling that well but continued to work. I didn’t realise that they hit 10 wides, which maybe shows they were dominant,” he recalled.

“We kept on plugging away. I thought the Cork full back line were outstanding in the first half and I knew Graeme and Seanie didn’t get much ball and a few words were said at half time and then straight away they scored and that’s great character - we started the second half well and that helped us,” said the Granagh-Ballingarry man.

“The one thing about Cork is that they are great stickmen and they will destroy you if you give them space and you can see that even against 14-men we didn’t curb them until the final quarter when we got to grips with the game - we just had to tighten up and eventually we pulled away,” he said.

“There was a stiff enough breeze and at half time so we were happy enough - obviously the sending off played its part but I thought there was a lot more in us.

He added: “I had a good feeling through the second half, even though we started with two sloppy frees”.

“The subs that came on were outstanding.”