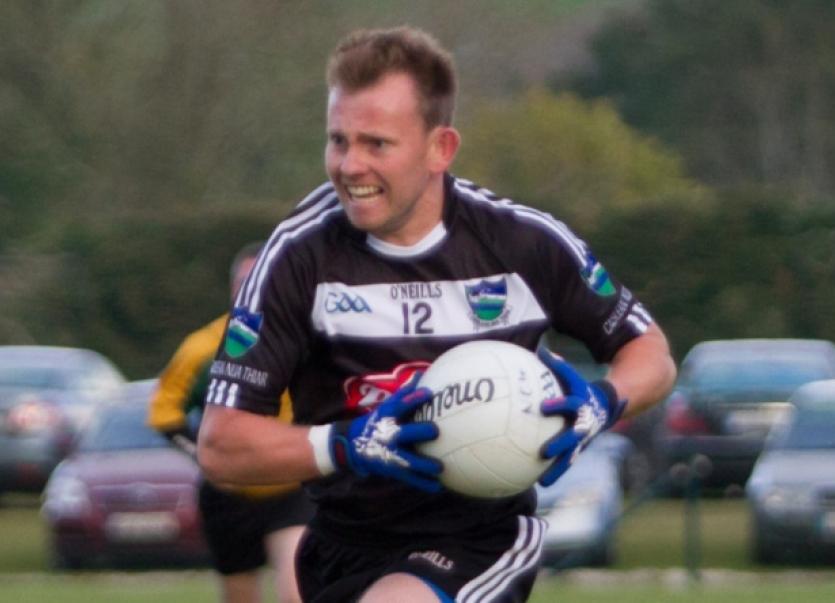 CHAMPIONS Ballylanders showed all the character that made them 2014 Limerick SFC winners to get their title defence back on track with a round two victory over Monaleen.

CHAMPIONS Ballylanders showed all the character that made them 2014 Limerick SFC winners to get their title defence back on track with a round two victory over Monaleen.

After losing to Pallasgreen in round one, Bally were 1-11 to 1-8 winners over Monaleen in Bruff.

But they had to work hard for the victory that was only secured in the final minutes.

They trailed 1-5 to 0-5 at half time with Graham O’Connell getting the Monaleen goal. Monaleen’s lead was increased on the change of ends, 1-8 to 0-7 but then they went 21-minutes without a score.

Bit by bit Ballylanders grew into the game and Stephen Fox goaled from a 54th minute penalty to level matters. Then Jimmy Barry Murphy and Kieran O’Callaghan pointed frees to secure the win.

Elsewhere in this group, St Patricks were 0-12 to 1-8 winners over Dromcollogher-Broadford.

The city side were 0-8 to 1-0 ahead at half time but that was after Killian Phair had opened the scoring with a Drom-Broadford goal.

But Drom-Broadford fought back in the second half and entering the final 10-minutes the scoreboard read 0-11 to 1-7.

But St Patricks had a late point from Eoin Hanrahan to ensure their win.

The third round two game in this group takes place next weekend when Pallasgreen play Rathkeale.

In the other group, Newcastle West and Ballysteen have 100% records with two wins each.

Newcastle West were 0-11 to 0-4 winners over Na Piarsaigh.

They led 0-5 to 0-1 at half time with Quilligan brother Thomas and Mike on the mark as well as Jamie Lee. Eoin Hogan had the only Na Piarsaigh point of the half.

Newcastle West were 0-9 to 0-1 ahead entering the final 10-minutes.

Ballysteen were impressive 3-15 to 0-7 winners over St Kierans.

At half time it was only 0-8 to 0-4 but three goals in the second half eased Ballysteen to the win. Declan Nash, Pakie Moran and Maurice Carrig got the goals.

Inter-county corner back Robert Browne lined out in midfield and kicked 0-6 (3frees) for the winners.