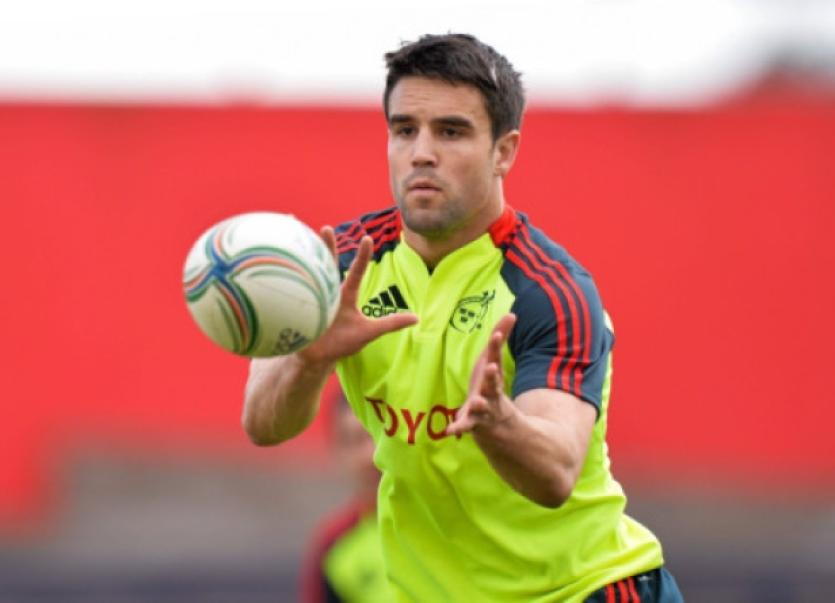 JUST two Munster players have been included in the 37-strong Lions squad to tour Australia this summer.

JUST two Munster players have been included in the 37-strong Lions squad to tour Australia this summer.

The Limerick duo of Paul O’Connell, set to tour with the Lions for a third time, and first time Lion, Conor Murray, were named in the squad announced this Tuesday.

While there was delight for second row O’Connell, who captained the side in South Africa four years ago, and scrum-half Conor Murray, there was disappointment for several of their provincial colleagues, especially the likes of Simon Zebo, Donnacha Ryan and Peter O’Mahony.

Munster had eight players selected initially to tour with the Lions in South Africa four years ago, but three were ruled out before the squad departed, through a combination of injury, Jerry Flannery and Tomas O’Leary, and suspension, Alan Quinlan.

The Lions squad for the 10-match, three-Test series is made up of 15 Welshmen, 10 Englishmen, nine Irishmen and three Scotsmen and will be captained by Wales’ Sam Warburton.

Tour manager Andy Irvine said: “The announcement of a British & Irish Lions party is always a much anticipated and exciting event. Selection for The Lions is the ultimate accolade and it is a great honour for all the players - they should be congratulated along with their clubs, provinces, regions and unions. We are fortunate to select from the very best of four nations and there will be some quality players who have sadly not made selection and will rightly feel disappointed.”

head coach Warren Gatland said: “We spent a long time selecting this squad and there were some close calls with a lot of competition for places. But ultimately we chose the players who will give us the best chance of a Test series victory. A Lions Tour to Australia only comes around once every 12 years and we believe we have the right balance in the squad to be successful.

“We have a tremendous challenge in front of us but I know the players will be dedicated to the adventure and task ahead.”