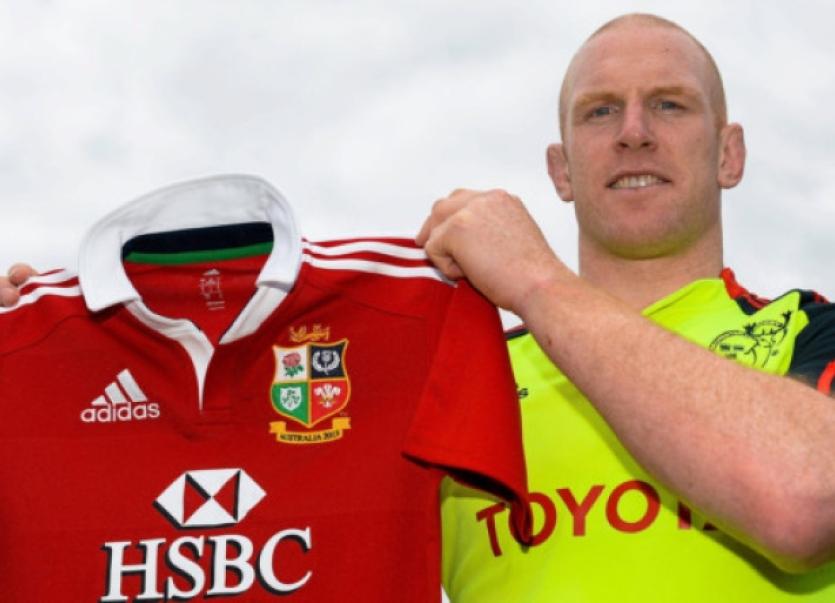 TWO Limerick men have been chosen to tour with the Lions in Australia this summer.

TWO Limerick men have been chosen to tour with the Lions in Australia this summer.

Second-row Paul O’Connell has been selected in the 37-strong Lions squad for a third time, while scrum-half Conor Murray will be making his debut with the squad which travels Down Under this summer.

Eight Munster players were originally selected to tour with the squad in South Africa four year ago, but only five departed with the touring squad owing to injury and suspension.

In all 9 Irish players were named in Warren Gatland’s squad, which will be captained by Wales back-row forward, Sam Warburton. While there was delight for the Limerick duo of O’Connell and Murray, there was disappointment for several of their Munster team mates, including the likes of Simon Zebo, Peter O’Mahony and Donnacha Ryan, who missed out on inclusion.

O’Connell praised the effort the medical staff at Munster had made to ensure he regained fitness after undergoing back surgery at the end of last year.

“I am delighted to be selected,” O’Connell said.

“I am probably very lucky to be going. A big thanks must go to the medical staff at Munster who got me back.

“I also owe a lot to the boys in the squad for having us still in the Heineken Cup when I came back playing after my injury.

“The first time I knew I was in the squad was when I watched it in the Munster teamroom on TV with the boys. Now it feels good, but at the time, I would rather have been in a room on my own watching it.

“It’s great for Conor Murray to be selected. Nothing fazes him really. He is a very laid back guy. When you are that talented, it is easier for you to be laid back. It is a great honour for his family, his school and club.”

Twenty four-year-old Murray has 19 international caps to his name having made his Test debut against France in a World Cup warm up in Bordeaux in August 2011.

“Everyone at Garryowen is delighted for Conor,” Geraldine Morrissey said.

“We wish him well with the tour. We are very proud of what Conor has achieved in the game. We always knew he would go right to the top.”

Paul O’Connell, who trained with Munster at CIT yesterday, is likely to be involved in Munster’s final RaboDirect PRO12 game of the season against Zebre in Parma this Friday night (7.45pm). However, most frontline players will not be involved.