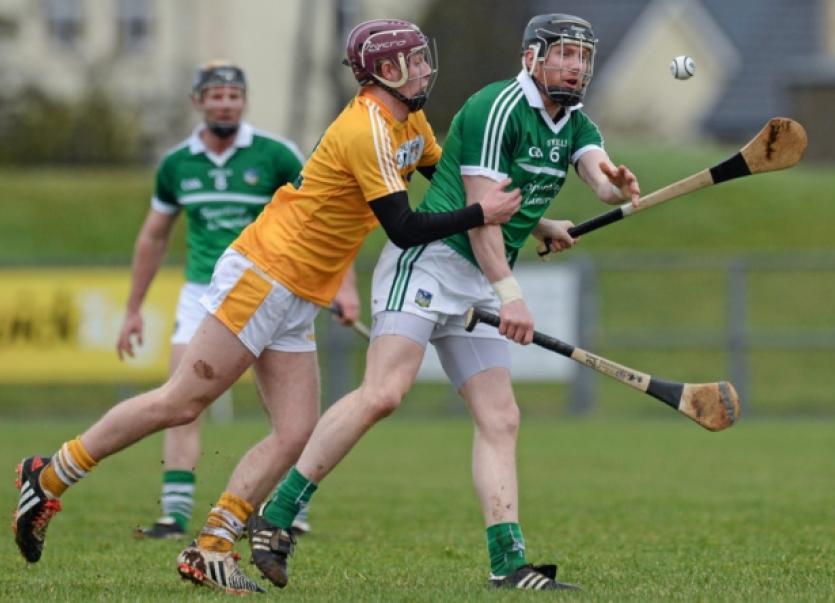 LIMERICK hurling manager TJ Ryan professed himself satisfied with the outcome of the long trip north, with the Saffron banana skin negotiated in workmanlike fashion and two points in the bag in the quest for promotion from Division 1B.

LIMERICK hurling manager TJ Ryan professed himself satisfied with the outcome of the long trip north, with the Saffron banana skin negotiated in workmanlike fashion and two points in the bag in the quest for promotion from Division 1B.

Antrim have made things tough for visitors to Ballycastle in the past, and Ryan was “delighted” to be heading south after an eight-point win.

“The pitch was difficult, conditions were difficult and the trip is difficult as it’s a good result and I’m very happy. The breeze was strong, the ball got stuck in the mud a number of times as well, it was difficult for the referee too and in fairness to the lads, their effort and attitude was excellent and I’m delighted with an eight-point win,” said Ryan.

“The goal put them right in the hunt but the lads responded well, we got back down field and got a couple of points straight away and kicked on from there.

“I’d have taken your hand off for a win this morning. I knew it was going to be difficult. Anyone who hasn’t been here, Ballycastle is tough, the pitch is tight, conditions were hard, not ideal for hurling.”

On a day when his side bagged 23 points between 10 different scorers, it was perhaps not a day to dwell on negatives however his side failed to trouble the Antrim goalkeeper throughout the 70 minutes.

“It doesn’t worry me, we have a couple of players coming back which is a positive, and we created one or two half chances, maybe missed a touch or we had a poor first touch or whatever so hopefully we’ll get them another day,” Ryan said.

“Twenty-three points any day you go out is a good score. We would have been happy with that. Apart from the goal we conceded straight after half-time, we would be very happy. The show moves on, we have to go to Wexford in two weeks’ time, which is another difficult trip, we’re glad to have this one out of the way.”

Ryan gave game time to Seanie Tobin and Declan Hannon and hopes to have David Breen back training this week.

“Seanie was pencilled to be coming back in on 1st March. His rehab has gone very well. In fairness to him he has worked very hard. He played a bit of club last week and was in the frame to come on today so we’ll be hoping over the next couple of weeks he’ll be getting sharper.

“It’s moving along, we have a weekend off next week and then we’ve four weeks on the bounce so we’ve a tough month coming up, but we’re happy with where we are.”