Hanrahan admits Munster were ‘own worst enemies at times’ 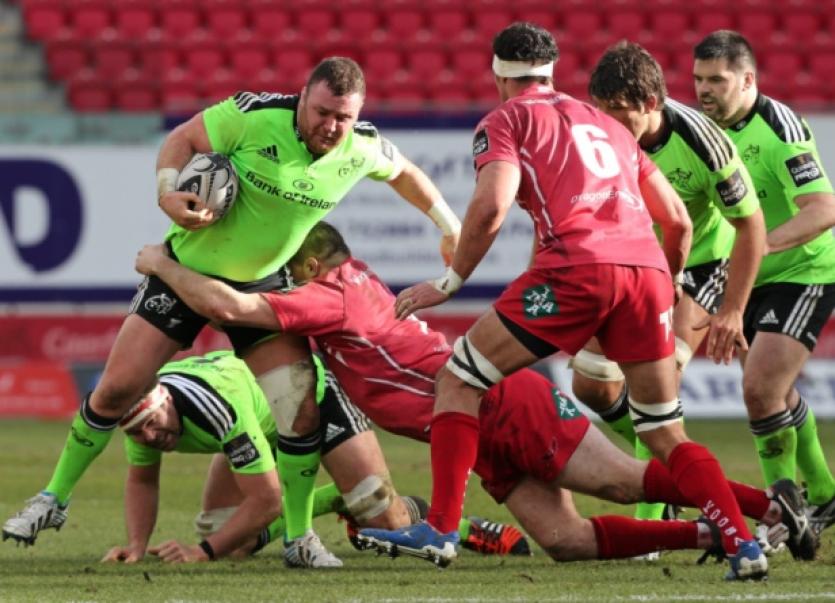 Munster had to rely on a last gasp try from Hanrahan, converted by Ian Keatley to rescue a draw despite enjoying 66% of the possession over the 80 minutes.

JJ Hanrahan said: “We definitely were our own worst enemies at times out there. We gave away a lot of ball in the first half especially.

“I suppose in the last 15 minutes we played a bit more rugby and kept the ball in hand a bit more in the right areas. You saw the outcome there at the end .

“When I came on in the game we were a point ahead and the message was to try and get in the right areas, control the game a bit.

“Unfortunately, they hit back with a try an we had to have a cut then. Once you get counterattack ball, the first instance is to run and look for space. We kept building the pressure once we got into the green zone and Earlsie did really well to put Felix (Jones) away in the corner for his try.

“We kept going after that. Once the guys were in the green zone, they did really well under the posts and it was just a walk-in from there for me.”

UL-Bohs clubman Hanrahan said Munster need to play the game in the right areas of the field, with two huge PRO12 fixtures to come against title-chasers Glasgow and Ospreys to come over the next could of weekends.

Hanrahan said: “We don’t have to assess too much. It is about playing in the right areas, that’s north, south, east and west as well, it’s about exiting properly and putting them under pressure at our exits and not putting ourselves under pressure.

“Once we get that in our game, and we get into their half of the field, we can start playing our flowing, off-loading game that we want to play. Once we get that going, we will be a hard team to beat.”

There are now just seven rounds of Guinness PRO12 fixtures to go in the regular season.

With the top five sides in the table separated by just seven points a fierce battle for play-off places looks set to lie ahead. Four of Munster’s remaining seven regular season games are at home, with just one of those fixtures in Limerick, the March 28 meeting with Connacht at Thomond Park.

The top two sides in the table will enjoy home advantage for the semi-final play-offs in the PRO12.