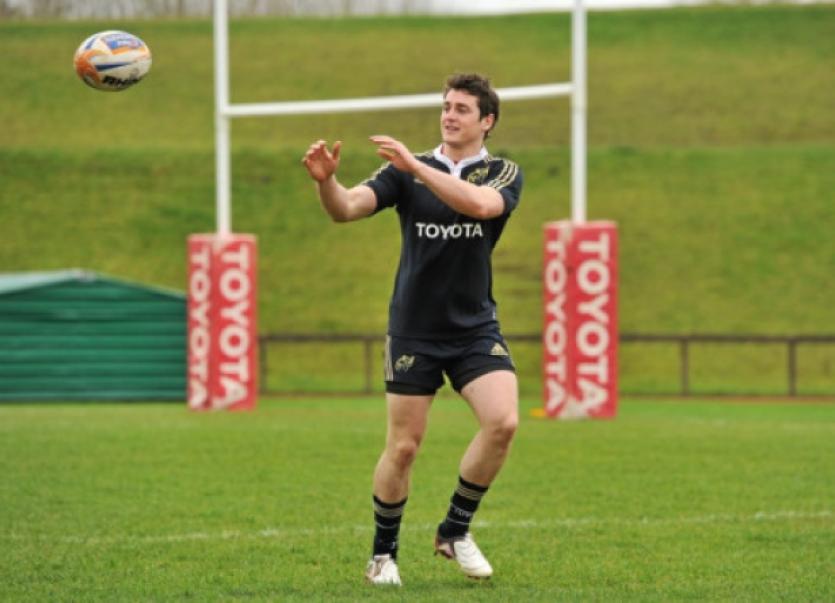 MUNSTER coach Rob Penney has rung the changes for the province’s final game of the season against Zebre in Italy this Friday night.

MUNSTER coach Rob Penney has rung the changes for the province’s final game of the season against Zebre in Italy this Friday night.

Just three players who started against Clermont Auvergne in the Heineken Cup semi-final last weekend will start the PRO12 clash in the Stade XXV Aprile in Parma (6.45pm Irish time). The three survivors from the Clermont clash are in the pack, prop Dave Kilcoyne, hooker Mike Sherry and second row Paul O’Connell, who was this week selected in the Lions squad to tour Australia next month.

Sean Dougall returns to a senior starting XV side for the first time since March and is joined by Dave O’Callaghan and Paddy Butler in the back-row.

Ian Keatley joins Laulala in the centre partnership while the UL-Bohemian duo of JJ Hanrahan and Cathal Sheridan form the half-back pairing.

Academy player Ronan O’Mahony, of Garryowen, gets his second Rabo PRO12 start, while Academy prop James Cronin is named in the replacements for his potential second outing also. Cian Bohane, if called upon, will make his Rabo debut on Friday night.

Zebre are still searching for their first win in the PRO12, while Munster’s hopes of making the knock-out stages of the competition disappeared in recent weeks.

Friday night’s game will not be televised live, but Munster Rugby will be tweeting regular updates.